The Rats of Manhattan or, what happens behind the scenes of rat lives while we’re not talking about rat infestations 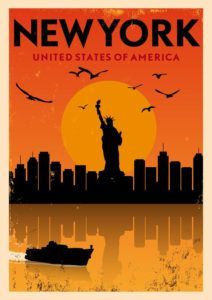 We tiptoe around the subject of rat infestations as if we were about to have an open conversation about sex.   It’s a dirty, filthy problem with negative connotations, and nobody wants to be perceived as dirty, or unclean, and there is a social stigma of shame associated with having rats.  But neither can we be like the King’s advisors in the fairy tale “The Emperor’s New Clothes,” and pretend the problem doesn’t exist when we can see the rats and signs of rats plainly in front of our face.    For this reason, we will talk about the rats of Manhattan which is a splendid place, right?   A place where rich people live and top-notch services are not only available, but used!   You wouldn’t expect to find rats in a city of upwardly mobile affluent people, would you?  While we’re not talking about the problem amongst ourselves, while we’re busy sweeping it under the rug, what’s really going on?

Trigger warning:  what’s going on while you’re not looking is not pretty at all.

We’re looking at Manhattan because others, including researchers studying the behavior and habits of rats in the city, have turned to Manhattan too.  As we previously wrote, rats carry at least 38 diseases communicable to humans, including clostridium, Salmonella, E.coli, leptospirosis, all of which cause diarrhea and vomiting.  You can get cat scratch fever, and trench fever.  Since they use urine to mark trails into houses, they can carry these diseases into your house and contaminate food in cupboards or left out on counters. In New York City, the rats are so well fed that they grow to dizzying sizes. Imagine what happens in your house when you sleep!

Earlier this year, the NYC based rat hunting group R.A.T.S. took their fearless rat hunting dogs through Manhattan.  Celebrities get involved too—Mike Rowe of the show “Dirty Jobs,” went along on this hunt, (see video here), and said he’s never seen anything like it in his life.  They went through the Upper West Side of Manhattan.   Those dogs started flushing out rats everywhere—in the trash, in people’s perfectly groomed yards where rat trails through the grass were plain as day. Mayor DeBlasio has just committed 32 million dollars to eradicate rats, but the dogs do a pretty good job too.

Researchers, on the other hand, say that the more we know about rats, the more we could come up with less poisonous and more effective ways to get rid of them.   They we don’t know a lot about rats because so much of their lives happen underground away from human contact.   Vice explains why New York City is of particular interest to researchers:

“New York is of particular interest for rat studies, so much so that New York’s rats have their own Wikipedia page. As Combs tells me, “the city is a novel ecosystem for wildlife, with a unique physical landscape and selection pressures driven by human development and lifestyles.””

Michael Parsons, scholar in residence at Hofstra University is also researching rats in Manhattan.   He says we need to learn more about them because they live so privately, we don’t know enough about city rats and their habits. He’s probably the only person alive who was disappointed after discovering that a narrow lane in Manhattan’s Financial District where rats were seen scurrying boldly in front of the CCTV cameras that line the lane, was cleared of rats he wanted to study after he requested access to the CCTV footage in order to study them.   He attracts the rats with pheromones, then inserts RFID chips under their skin to be able to track them and learn their habits.   He is looking for people without fear of publicity, judgment or fines in order to get some study opportunities because of the lack of money allocated to funding to study them.

Because rats are so adaptable, constantly adapting to the way the city disposes of its trash, and finding new ways into places that have been “rat proofed,” we may never be rid of them entirely; they’ve been following and living with humans for thousands of years, but we can learn more about them and find new, less harmful ways (to us), to eradicate them.  That’s what makes our Fenn traps perfect for the job!

We are making overtures to the New York City Public health department responsible for pest control services. http://www1.nyc.gov/site/doh/data/health-tools/rats-information-portal.page and the Office of the Agency Chief Contracting to support them in combatting the Rat infestation, we encourage, welcome NYC local pest control companies to collaborate. 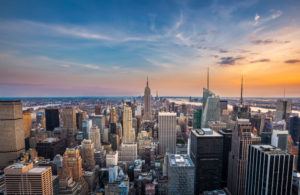