A cougar found dead in California recently was found to be killed by rat poison that has been outlawed for years.  This shows that rat poisons can go on killing years after they are pulled from the shelves 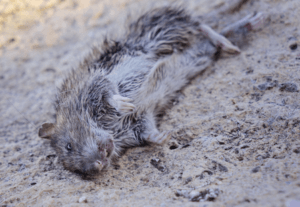 The in the state so this is particularly poignant.  The LA Times in a recent opinion piece adds:  “Two years ago, a 2-year-old female puma known as P-34 died from rat poison exposure, prompting wildlife officials to lament that the existing bans on consumer-grade rat poisons weren’t working to stop the toxic substances from getting into the food chains and harming animals we don’t want to get rid of: foxes, bobcats, owls and other birds of prey, not to mention Fluffy and Fido.”   Some weeks ago we published a report on various kinds of rat poisons and the collateral damage they can incur no matter how well intentioned the reasons for laying it down.   In British Columbia recently, the CBC interviewed Rob Hope, a raptor expert at the Orphaned Wildlife Rehabilitation Society said the center found two dead owls in North Vancouver who had died from high levels of bromadiolone which is commonly used to kill rats and mice.  He also said that other birds and animals who eat the poisoned dead birds can die from secondary poisoning.  Think of your dog finding a dead bird or rat.  We all know how dogs love dead things and cats too for that matter.   Because there are more rats and mice (they multiply quickly), there’s an ever-increasing danger of unintentional poisoning of other bird and animal species.  Hope strongly advocates using traps to catch rats (and so do we!)  You may have to check and empty traps often, but it is effective, humane and environmentally friendly way to eliminate rats and mice, along with cleaning up dog poo from your yard, placing trash in sealed containers outside, moving woodpiles away from the house and sealing any holes and cracks in your foundation and roof.  We have just the right rat trap for you which can be used for rabbits and mink as well.

We also carry mole traps when the little buggers make unsightly mounds in your yard. 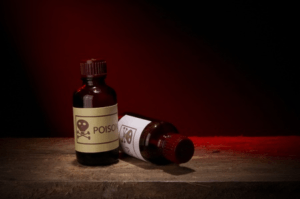 CBS reported last January that four children were killed when phosphine, a pesticide and rat poison was sprayed under their Amarillo, Texas home.  All one person did was try to wash it off; a chemical reaction occurred, and one child died at the scene with the other three dying in the hospital later. Tragedies like this can be averted so easily simply by using traps and teaching children not to touch them once they have been set.

Our traps are not hard to set and for safety and legal purposes need to be set in a contained enclosure such as an artificial or natural tunnel, depending upon the environment and the location.  Rats usually follow regular trails so if they use pipes or tunnels frequently, these are ideal locations to set the traps.

Check out our artillery industrialized strength Fenn traps. Not only will you find authentic Fenn traps to suit your needs, but you will also protect your children, birds, and other wildlife, as well as your pets. 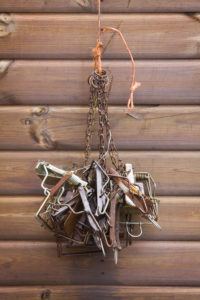