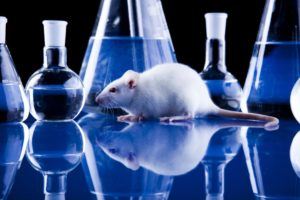 A disease you’ve never heard of that is endemic in Asia, Australia, the South Pacific, and India has arisen in the United States, carried by rats, and passed to slugs, who are then eaten raw by humans and birds.  The disease, Angiostrongylus cantonesis, more commonly known as rat lungworm, is the product of globalization, its rat hosts carried to North America from Asia and India by ships bringing cargo for trade.  This disease has no cure, and can only be managed; it causes a lot of pain, and while it can be overcome in time  by waiting for the worms inside the body and brain of a person to die on its own, in rare cases it can be fatal.   The disease in question is called rat lungworm, and if the knowledge that rats carry 35 other diseases you don’t want isn’t enough to convince you of the necessity of humane rat extermination with Fenn traps, then perhaps this article will convince you.

The disease was first identified in China in 1935 in rats, then made an appearance in Taiwan in 1944 in a patient with eosinophilic meningitis, and it was noted that the patient may have eaten food contaminated by rats.  In 1955, the parasite’s life cycle in rats was noted, with paths of transmission through the blood, brain and lungs of rats, with intermediate hosts identified in slugs. In 2013, rat lung disease was identified in Florida, Louisiana, Oklahoma, Alabama and California and elsewhere along the Gulf Coast.

The parasite and its life cycle

The parasite is a worm, and is described by the Public Health Agency of Canada thusly:

Females are 21 mm to 25 mm long, while the males are 16 mm to 19 mm long. Mature worms live in the pulmonary arteries of rats and produce fertilized eggs that develop into first-stage larvae. These larvae migrate up the trachea, are swallowed and expelled with the feces. They remain viable and infectious in the feces or freshwater for several weeks. The life cycle is completed only if these larvae are ingested by a mollusc intermediate   host (land snails or slugs). In about 2 weeks, the larvae then mature into infectious third-stage larvae that maintain infection for the life of the molluscs. Shrimp, fish, crabs, frogs, predacious land planarians, or monitor lizards may eat the infected mollusks and serve as paratenic hosts. Rodents ingest either the mollusks or paratenic hosts and become infected. Humans (dead end hosts) can become infected by ingesting raw contaminated intermediate or paratenic hosts or vegetables contaminated with third stage larvae.

The parasite can also be transmitted via raw vegetables (watch this informative video about how to properly wash vegetables), and insufficiently cooked molluscs, slugs and seafood. Third stage larvae can survive up to a week in water.  Norway rats, black rats, and Polynesian rats have been confirmed as carriers; interestingly enough, house mice have not been confirmed as carriers.

According to the Disease Outbreak and Control Division of the State of Hawaii, the disease affects the brain and spinal cord. The infection can cause a rare form of meningitis known as eosinophilic meningitis and can present with no symptoms, mild symptoms, or in some cases, severe symptoms. Symptoms can be severe headache, stiffness of the neck, fever, tingling or painful feeling in the skin or extremities, nausea and vomiting. Temporary paralysis of the face and light sensitivity can also be present, and symptoms can present anywhere from one day or up to six weeks after exposure.  Thankfully it cannot be transmitted person-to-person—only if contaminated vegetables or seafood is eaten, and fortunately the worm cannot reproduce in humans and so the patient must wait until the worm dies,for an indeterminate amount of time which can last years, with only palliative measures available such as steroids.  Nerve damage can result with more serious cases. There is no reliable diagnostic test that can be given that would find previous infestation, but the parasite can be diagnosed using a PCR (polymerase chain reaction) test so spinal fluid must be extracted from the patient via spinal tap for this test to be done.  If a person is infected and recovers, there is no immunity so reinfection can occur over and over again.   The disease seems concentrated on the Big Island, although cases have been reported on Maui, and fear of the disease has people clamoring for money to eradicate rats.

What’s it like to live with the disease? In one woman according to Honolulu Civil Beat, flu like symptoms presented, then shooting pain down from her head down her spine.  She couldn’t lie down because of the pain and had to sleep leaning over her kitchen counter. She began feeling extreme pressure on both sides of her spine, and her skin was so sensitive she couldn’t stand for anything to touch it, not even a breeze.   She said the pain was worse than childbirth.   She said the sensation of the worms moving in her brain lining was like having someone open her head, put a hot iron inside her brain then pushing the steam button.

People on the mainland who have contracted the disease had been mostly those who had visited Hawaii.  Scientists were alarmed to have a case in Oklahoma where it had been thought that it was inhospitable for the parasite, and researchers say that’s a sign of things to come.  They have been tracking cases, and are detecting a northward trend.  Globalization, climate change and deforestation seem to be contributors to the spread by bringing previously obscure pathogens native to the environment back into prominence as ecological environments are changed by human beings.

Rat control is essential, and poisons are not the answer.  Humane rat traps such as the Fenn rat trap are essential tools for city managers in North America in the war against rats so that the spread of this disease and others carried by rats can be promptly arrested to ensure a healthy future for all people.