Although we are the British Rat Trap Company, in our product line we have the formidable Fenn Scissor and loop Mole traps . 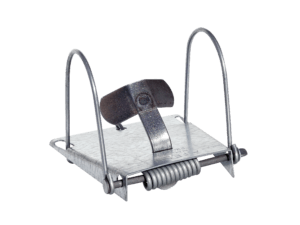 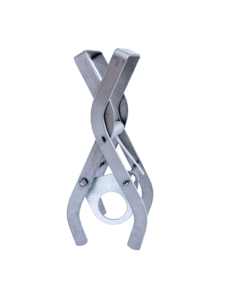 In this article, we will explore the mole, expert tunneler and furrower of yards the nation over, and prairie dogs, and honorable mention of a wildlife control operator who is expanding use of our traps, particularly the MK-6, to include trapping prairie dogs.

Oh, they’re adorable looking.   They don’t give you the shivers like rats do.  They have velvety fur, and cylindrical bodies that make them perfectly suited for underground living and burrowing.  They are related to voles and shrews.

Moles in Literature and English Lexicography

They have also contributed to our English lexicography and literature throughout history!  According to Wikipedia:

“In Middle English, moles were known as moldwarp. The expression “do not make a mountain out of a mole hill” – exaggerating problems – was first recorded in Tudor times. By the era of Early Modern English, the mole was also known in English as mouldywarp, a word having cognates in other Germanic languages such as German (Maulwurf), and Danish, Norwegian, Swedish and Icelandic (muldvarp, mullvad, moldvarpa), where the muld/mull/mold part of the word means soil and the varp/vad/varpa part means throw, hence “one who throws soil” or “dirt tosser”. 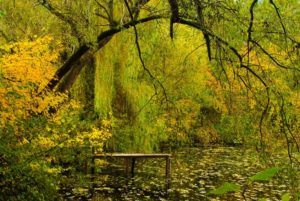 Moles also have contributed to English literature:  Who could forget the lovable Mole of Kenneth Grahame’s “Wind in the Willows,” or “Duncton Wood” by William Harwood,  a British novel revolving around a mole community who have their own religion called Stone, based on the standing stones of Stonehenge?

Moles are found  in North America, Europe, Asia, and South Africa.  Oddly enough, there are no moles in Ireland, Antarctica and South America.  Moles are highly adaptive to tolerate large amounts of carbon dioxide because of the special makeup of their blood which enables them to have to breathe less oxygen since they spend most of their time underground.   They also have an extra thumb, and they live to eat earthworms, of which they eat their body weight per day in earthworms, so essentially, their tunnels are worm-traps—they wait for the worm to fall into the tunnel then a special toxin in their saliva enables them to preserve and store the worms for later consumption.    Believe it or not, they have special underground larders for storing food, and mole larders have been found to contain thousands of preserved worms.    Moles are not blind, contrary to belief, and their ears are internal rather than external. 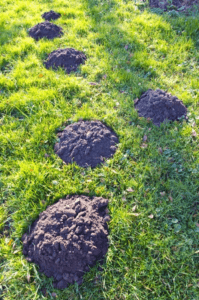 Moles gestate 30 days and have 1-2 litters a year so they are not as fecund as mice or rats.  Mostly, they are considered a pest when their burrows and molehills create unsightly tunnels that can be seen on the surface of people’s lawns.   Our traps can be set as a tunnel or a bridge trap.

Native to the grasslands of North America, including Mexico and Canada, prairie dogs, like moles, live underground, but unlike moles, spend a lot of time above ground too, always near a tunnel entrance which they dive into quicker than a lightning strike when they sense danger afoot.  They are a type of ground squirrel and the state of South Dakota especially has celebrated them as an unofficial state mammal.   Defenders.org states that they live in large groups, called prairie dog towns, with family groups called “coteries,” and their tunnels have separate rooms for eating, sleeping, and going to the toilet.  They have been beneficial to the ecology of the grasslands, as their burrowing naturally aerates the soil and their diet of seeds and grasses helps replanting the prairie. There are five species of prairie dogs including the black tailed, white tailed, Gunnison’s, Mexican, and Utah.  They have litters of 3-5 pups, once a year, with a gestation of 30-33 days.  They live 3-5 years in the wild, up to 8 years in captivity, and they don’t need to drink water because they get enough water in their diet. This perfectly suits them to the grasslands which are desert-like in nature and often experience drought.  Prairie dogs signal danger by a series of shrill whistles.  They also make a sound that sounds like barking, hence the  name “prairie dog.” 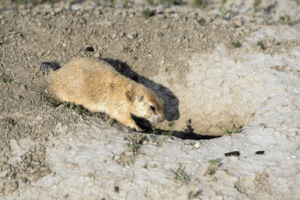 They are considered a “keystone” species, serving as food for many predatory species including coyotes, burrowing owls, eagles, badgers, and the endangered black footed ferrets, who also use prairie dog tunnels as their home.   Another natural predator of the prairie dog is the prairie rattlesnake, who slip through prairie dog tunnels to hunt them.  This is one reason why they are considered to be pests—because the snakes invade their tunnels and bring people into closer contact with rattlesnakes.  Prairie dog tunnels also weaken foundations of houses by building tunnels under foundations.  Because they live in country where ranching is the primary industry,  WildlifeRemoval.com explains their tunnels and holes pose a danger to horses who could break a leg if they step into one while running or grazing. 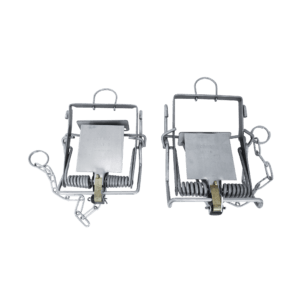 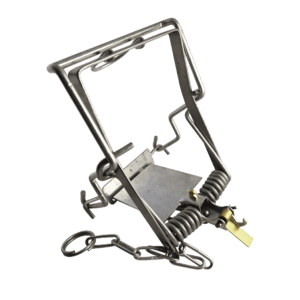