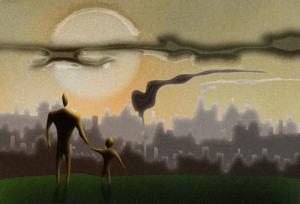 The practice of purposely ingesting poisons to build up immunity to them is called mithridatism. Mithridatism has been used as a plot device in novels, films, video games, and television shows, including Nirja Guleri’s Shiv Dutt in Chandrakanta, Alexandre Dumas’s The Count of Monte Cristo, Nathaniel Hawthornes “Rappaccini’s Daughter,” Yoshiaki Kawajiri’s Ninja Scroll, Dorothy Sayers’s Strong Poison, Agatha Christie’s Curtain, William Goldman’s The Princess Bride (and the film of the same name), The Borgias, Babylon 5, Riddick,  and a Japanese manga called Dokuhime (Poison Princess) by Mihara Mitsukazu, Ekta Kapoor’s Jodha Akbar, and the Zoldyck family in Hunter X Hunter. Now, we don’t recommend doing this because the end result, over time, is that poison will build up in the body until it reaches lethal proportions and will eventually kill you.    And what happens when rats nibble just a little bit of rat bait, but not enough to kill them, is really very interesting from a scientific perspective because rat have up to 84 litters a year, so it affects future generations of rats genetically.  The weak rats are killed off by the poison, and the strong ones survive.    According to Phys.org, in the UK alone, it is estimated up to 75% of the rats are resistant to most poisons.  The implications for you are that you spend money on rat poison and while it might kill a few, it’s not killing them all.  Anticoagulant poisons like warfarin and bromodialone have been in use for over 50 years.   So really, this is not surprising news.

Here’s how it works

Joe Rat is in your basement, having squeezed in through a tiny crack in your foundation.   You’ve put down poison rat pellets (let’s pick on Warfarin), in a little box trap.  They smell good to Joe, so he noses around.  Having already eaten some trash outside, he isn’t seriously hungry so he takes a little nibble of the poison pellets.   Not enough to kill him, just a little taste, an hors d’oeuvre.  He isn’t impressed or hungry enough to keep eating them, so he leaves the bait box and goes on to squeeze through a crack in the basement door to terrorize whoever is in the kitchen.  Let’s zoom in on Joe’s DNA.  (for a really fancy science-y explanation of this process, click here).  For the purposes of this article, you’re going to get the ultra-simplified explanation:

Since Joe ingested some of the poison, introducing it into his system, and since he didn’t die, over time, Joe’s DNA starts to mutate, making Joe somewhat resistant to the next time he ingests poison—however, Joe finds 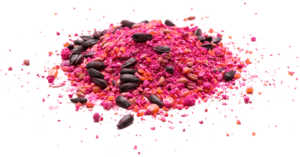 Josephine Rat and falls in love.  They have babies, and pass on Joe’s mutant DNA poison resistance to the babies.   And on and on the cycle is repeated until all of the rats that did not have that resistance are dead, and only “super rats” remain.  They aren’t bigger than other rats, and they don’t wear capes.  They’re just genetically protected from most over the counter poisons. Stronger poisons are developed, the rats develop over time a resistance to those poisons, and pretty soon, for years, the environment has been subject to all of these different poisons while the rat species survives merrily along and it would take a nuclear bomb to eradicate them (and maybe not even then!)

What to do?  ITV reports that it’s clear in England, that these poisons are getting into the environment and killing predators like barn owls, so if stronger poison is used, it could literally make some animal and bird species extinct.  Leaking into the water supply is a logical next event.  That is when it starts directly affecting us.   Some argue that traps are inefficient because they only catch one rat at a time and rats may get wise to them and avoid them, but, to counter traps have no negative environmental impact that poisons have such an impact that the human cost doesn’t seem to be worth it in the end.  New, environmentally friendly attraction options like pheromones are being 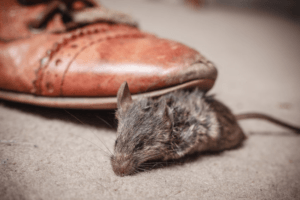 experimented with improving all the time, to couple with the traps and the best thing of all about traps are is that they are reusable.  Poison isn’t.  You just have to keep spreading more and more of it in higher and more lethal doses which impacts the environment immediately and builds up over time to untenable proportions.

Industrial strength Traps are a clear component of the solution, and rats never 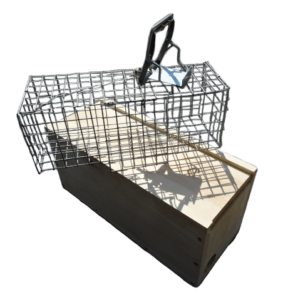 build up an immunity to traps.

2 thoughts on “What Doesn’t Kill You Makes You Stronger: How Rats Develop Resistance to Poisons”