The Problem with Rats on The Farm By Lucas Csaszar.

Personal use in farm setting with livestock present in Lehighton, Pennsylvania.

Rats present inside pig enclosure with 2 adult pigs and 6 piglets, creating unsanitary and dangerous conditions for the livestock. Approximately 40 chickens present in coop with rats stealing eggs regularly and leaving messes behind. Rats moving through enclosure show no sign of fear or caution towards livestock or humans. Rats have been present in the enclosures for quite some time, giving them the impression that this is “home”. 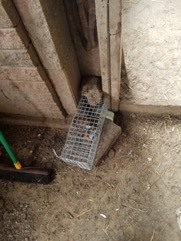 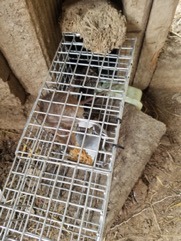 Prior to the use of Fenn traps in this space, the owners did very little to combat the rodent infestation. Unbeknownst to them, the rats were creating holes and damage to the structure itself, costing money in wasted and eaten feed, as well as creating fecal messes and bringing in pests that could be harmful to livestock. Even storing feed in locked containers and off of the floor, the rats were still present and able to access the feed. 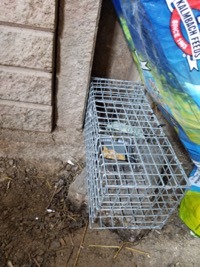 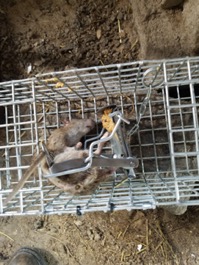 Fenn traps were brought to the farm and placed in high traffic areas throughout the pig enclosure. The Mark 4 Rat Trap was placed in the tunnel created by The British Rat Trap. The Mark 6 was placed in a tunnel that Lucas made himself out of welded wire fencing. Very little modifications were made to the traps once they were placed.

Concealing traps is highly effective going forward. Also placing trap tunnels inside of empty feed bags with a piece of feed bag placed on the floor of trap completely conceals the trap from rats. They feel and see no change in the location thereby making it even more effective.

We thank Luke for his patronage and taking valuble time, contributing, sending us this excellently articulated, presented, detailed case study.

As the Fenn traps are industrialized strength, Luke will be able to continue using them for years, numerous users continue to use their Fenn traps that they have owned for 30 plus years.