The Miracle of Modern Sanitation: George E. Waring and the Cleanup of New York City and Memphis

Have to thank Robert (Bobby) Corrigan who kindly brought George E. Waring’s name to light at recent Rat Riddance Rodent and Vector Control Academy in Washington DC, articulating in our brief conversation with enthusiasm his impact and accomplishments specifically in the New York City area and how his legacy lives on today, Immediately knew had to research, learn more, write about.

Hope that you enjoy, benefit from reading about his significant accomplishments. 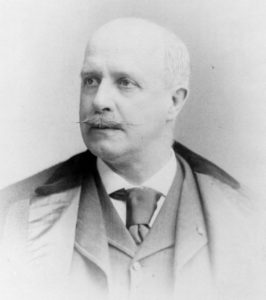 When we’re sitting on The Throne, we don’t give much thought to what happens after we push the flusher. We know it goes into the sewage system, but really, we just wash our hands and get on about our day.    Yet the modern sewage system as we know it is a marvel and the brainchild of George E. Waring, Jr., a former colonel in the Civil War who met Abraham Lincoln numerous times during his service.    This guy is so amazing!   He not only created a sewer system that separated storm drainage from regular sewage, he also founded the American Jersey Cattle Club and wrote a book about Jersey cows, he developed the jet siphon water closet idea of William Smith in 1876 and adapted it for the toilet as we know it, he created a drainage system during the development of New York City’s Central Park, he literally saved the city of Memphis when he created his sewer system for the poverty stricken city that was suffering from yellow fever epidemics and out of that the idea for the system he innovated spread to other cities in the United States and beyond. Finally, while politicians may talk about cleaning up their cities, Waring actually did—he cleaned up New York City and made it healthier and much more pleasant place to live.    We’ll have you paying homage to Mr. Waring every time you use the loo!  Because of him, the United States as a whole is a healthier place to live.

Waring believed in germ theory before it was confirmed by medical science.  In a piece entitled “Village Sanitary Work,” written in 1877, in which he discusses at length why it is important to separate sewage from water sources, he advises: “It is true that fecal matters are often accompanied by the inciting agent of the propagating of infectious diseases.  For convenience, and as indicating the more probable means for disseminating infection, we may call this agent “germs.”  It has not yet been demonstrated with scientific completeness that a disease is spread by living germs whose growth in a new body produces a corresponding disorder, but all that is known of infection, and of the means of preventing it, may be explained by this theory. Typhoid fever, cholera, epidemic diarrhea, and some other prevalent diseases are presumed to be chiefly, if not entirely, propagated by germs thrown off by a diseased body.”   It is the mind of this writer that this was a brave stance to take; to believe in something not yet proven and build a drainage system for sewage that aims to prevent diseases like cholera and convince the public that putting their privies close to their wells is what’s making them sick—that’s a tall order to convince a city to spend money on a sewer system that separates storm drain water from sewage.

Waring was no stranger to designing drainage systems.  He’d done it before while managing Ogden 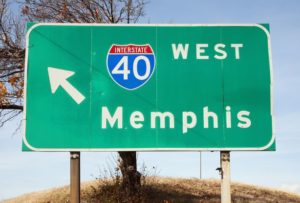 Farm in 1867. This is where he founded the American Jersey Cattle Club. He lay clay drainage there to improve fields–clay drainage which is still there today.  He devoted himself to agriculture, cattle breeding and drainage until 1877 when drainage and sanitary engineering became his main occupation.   But it was Memphis, TN that would make his name as a sanitary engineer, for an innovation that separated sewage waste from storm water runoff, which reduced the size of the pipes needed to carry septic sewage and kept the nasty sewage runoff from entering adjacent waters.   Waring figured that the smaller pipes would regulate the correct depth of water needed to carry away solid waste.  This system was not in wide usage in the United States at the time, and when the National Board of Health (which had been created because of the situation in Memphis and later became the US Public Health Service), contacted Waring to come to Memphis to design an affordable system for the poverty stricken and sick city, which had been afflicted with epidemics of cholera and yellow fever.  People back then tended to put their outhouses too close to their wells, contaminating the water with their own waste.  As for the yellow fever epidemic, back then people didn’t know that yellow fever was carried by mosquitoes, but mosquitoes are attracted to dampness and stagnant pools of water which was a result of bad drainage in populated areas.   So we can understand why people in that day would make a connection that yellow fever came from contaminated water.  StoryboardMemphis.com describesthe state of the city of Memphis before Waring came along: “With the worst of the yellow fever epidemics taking over 8000 lives in the 1870s, decimating the city, Memphis lost its city charter and thousands fled for safer areas. By August of 1879 the population inside the Taxing District had dropped to an estimated 16,000 (down from 40,000 the previous year) with almost the same amount living in refugee camps outside of the city. Memphis refugees in St. Louis met to discuss the future of Memphis and decided that complete sanitation and pure water were the only solutions to the problem (although years later it was discovered that mosquitos – not impure water – carried the deadly yellow fever). These refugees were determined to spare no reasonable expense for an efficient sewer system and to petition the Legislature to aid in carrying out the work. Memphis, they agreed, must be saved soon or entirely lost. As she stood then, strangers would not go to her bluffs, and current inhabitants were leaving by the hundreds to seek more healthful homes. The State Board joined these national and city workers and they investigated a thorough sewer plan and a house to house inspection, to be rigidly enforced. Memphis inhabitants had not all returned to their homes when the house-to-house inspection began. On November 22, the American Public Health Association met in Nashville and Col. George E. Waring, Jr., an experienced civil engineer of Newport, Rhode Island, had been invited by Doctor Cabell, president of the association, to offer a plan of sewerage to be considered and discussed. Ironically, Colonel Waring was well known in Memphis. He had commanded a brigade of the Federal cavalry operating in Memphis. He was often engaged in fierce combats with General Forrest and, though he was generally bested by Forrest, was considered a brave and chivalrous soldier.”  AlbemarlePark.org describes what Waring did for Memphis: “Memphis constructed a separated sewer system according to Waring’s plans, and its era of epidemics came to an end.”  No more bad drainage meant fewer mosquitoes and yellow fever, and the installation of Waring’s sewage system meant the elimination of cholera.   The success of the Memphis project was followed by other cities, (and even the country of England!) and gradually adopted across the United States.  What an achievement!   But Waring wasn’t finished yet.  The man went on to clean up New York City, which in those days was no simple task. 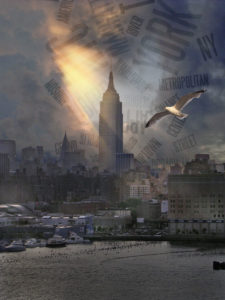 No cars meant horses were the main transportation.  Lots of horses means lots of horse manure and urine daily.   There were no sanitation departments in those days so you can imagine the scene. A single draft horse can produce up to 24 pounds of manure a day, so multiply that by the thousands of horses in the city and you get about 2.5 million pounds of manure PER DAY and 60,000 gallons of urineper day.  When horses died, whether from age or overwork, they were left where they dropped to rot in the street.  Humans went to the bathroom in the street too and tossed their waste from the windows of tenements (wouldn’t want to walk under the windows down the street!). Plus there were cows, chickens, pigs and sheep that all pooped and peed right there on the streets.  Never mind the garbage piles.  (Can you imagine the rats?)  In other words, New York City was one big toilet for man and beast. , Disease ran rampant throughout the city, particularly in the slum areas where many people were packed together in small spaces and did not have access to clean water (or bathrooms or baths).  So in 1895, when Theodore Roosevelt turned down the job, Waring was brought there to clean it all up.  It sounds like a Herculean task similar  to cleaning the Aegean Stables, but Waring thought of a simple solution:  Require all horses to be stabled overnight instead of parking in the street, and form sanitation crews that wore white uniforms and pith helmets (Think African safari clothing and hat), and pushed wheelbarrows which they filled with what we have just described.  In that time, many workers were willing to work long hours for a dollar a day and many were immigrants and migrant workers from Italy.  Waring’s idea made money too—dead horses sold for glue, and horse manure sold for fertilizer.  According to the New York Times City Room blog, “Jacob A. Riis, the muckraking journalist, wrote, “It was Colonel Waring’s broom that first let light into the slum.” The  New York Times weighed in this way: “There is not a man or a woman or a child in New York who does not owe him gratitude for making New York, in every part so much more fit to live than it was when he undertook the cleaning of the streets.”   The article goes on to say that Waring also systematized the city’s approach to sorting and collecting garbage, whereby residents sorted trash into three categories: ash, food waste and everything else—sort of like we do today for recycling!

Given the dedication Waring demonstrated for the removal of filth and his promotion of cleanliness, it seems really ironic that he should die from a filth disease—but he did, in Cuba, when President McKinley appointed him to study the sanitation situation in Cuba at the close of the Spanish-American war in 1898.  Waring was no stranger to Cuba having designed a sanitation system for Santiago, Cuba.  Waring contracted yellow fever while in Cuba, died and was cremated —and his remains had rather ignominious end—according to “The Evening World,” July 28, 1911 edition, his unclaimed ashes were in an urn and sitting in the doctor’s office. The doctor had a party in his office and needing something to mix gin rickeys (this refreshing highball is named after a lobbyist at the time named Joe Rickey, and contains gin, lime juice, and soda water—just in case you get thirsty reading this article. Use lime wheels as garnish and serve in a highball or Collins glass) one of them grabbed Waring’s urn, dumped his ashes out the window and mixed gin rickeys in his urn.  The gentleman who witnessed the whole thing assured the inquiry that the urn was clean before they made drinks in it.  We think Waring would have liked that they cleaned it first before they poured drinks out of it.

Next time you use your bathroom or drive around your clean, manure and sewage free city, give a thought to Colonel Waring.  Many of us dream of doing something truly significant for humanity.  Waring did and because of him, we too benefit from his innovative mind.