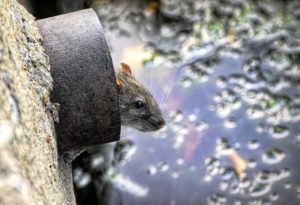 Rats live in the shadows alongside us.   We live in the sunlight, above, and they live where we can’t see them—generally below in basements, inside walls, subways and sewers—but also above us in commercial drop ceilings.  We’ve done a few articles that feature rats dropping from these drop ceilings onto peoples’ dinner plates, and these unexpected “drop-ins” horrify us, and compel us to find effective measures to get rid of them. 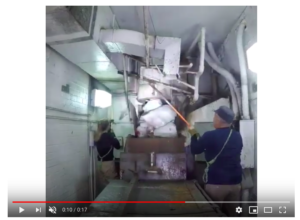 ceilings.   We have done articles before on the use of trained dogs in rat control, but the way the Mullaneys use their dogs is to us really amazing!  Their company, Unique Pest Management is a licensed and insured pest control company in several states (DC, MD, VA, MA and RI), however they only provide canine detection and removal services .   Scott came from an IT background to pest control, initially starting with bed bug detecting dogs up until 4 years ago, when he decided he’d like to do expand into something other than just bed bug dogs.   Mullaney made 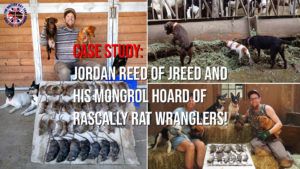 contact with Jordan  with J Reed and His Mongrol Hoard, who we featured with his dogs in an earlier article.   Reed helped mentor him and introduce him to the ratting dog community and helped him get started with the expertise necessary to be able to train his own ratting dogs.

What kind of dogs does Unique Pest Management use?

Mullaney uses Patterdale Terriers, which is a breed of dog descended from Northern England terrier breeds of the early 20thcentury—with their origins traced 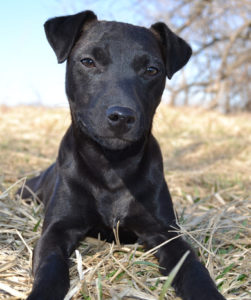 back to the Lake District (famous for the poet Wordsworth), and specifically to Ullswater Hunt Master Joe Bowman, an early Border Terrier breeder.   The dogs were originally bred for hunting and killing of the red fox in order to protect sheep herds from this predator in the rocky fells around the Lake District where a traditional digging dog wasn’t the best answer.  The terrier needs to be able to 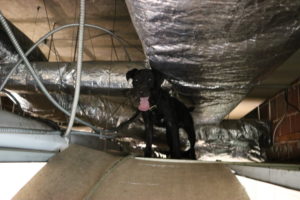 flush the fox out of the crevices in their dens.   They were also used for badger control. Eventually the Patterdale came to the United States, where it is used for groundhog, raccoon, fox and nutria (a species of giant rat).     The dog is unrecognized by the American Kennel Club, but recognized by the United Kennel Club in 1995.   The dog makes an excellent ratter because it is fast, agile, strong, has stamina, intelligence, tenacious prey drive, and dispatches rats quickly.  Since no human sleeps in a city more than 6 feet from a rat, and because poison is increasingly becoming a non-viable option due to the collateral damage it causes to wildlife and pets, using natural predators such 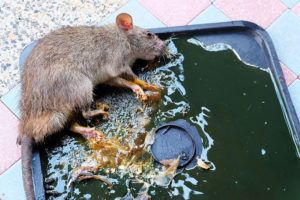 as the Patterdale Terrier is becoming more and more popular. Mullaney explains it takes 6-7 months to train the dogs to do their jobs. For the first year of the puppies lives, they focus a lot on obedience training in the first year. Why? Because the dogs go

up on roofs and need to obey when told to stop for their own safety as many roofs do not have railings; the  dogs also need  to work on recall, and to “leave it” or “drop it” when told, again for the dogs’ safety. The dogs are worked off-leash on city streets and on roofs.   They are trained off glue board trap s and rodenticide for their safety.

How Do the Dogs Work? 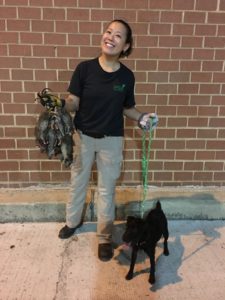 The Mullaneys conduct their own 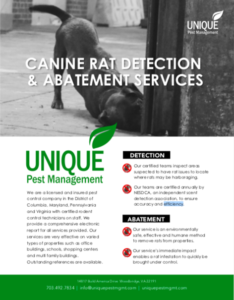 smaller Patterdales so that they could get up into commercial drop ceilings and clear out rat infestations. They need to be small enough to get into the ceiling and do their work, but not so large they bring down the ceiling on everybody’s heads.   So Unique Pest Management uses ladders to get the dogs 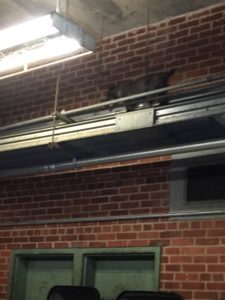 up into the ceiling, and then they use a flashlight as a homing beacon for the dogs so they know how to get back out.   The dogs will kill the rats in the ceiling, then drop them to the floor at their feet!  The record catch for the dogs was in an alley in 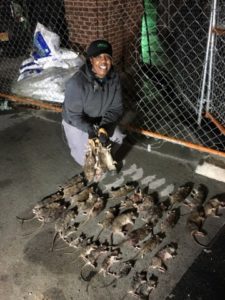 downtown Washington, DC.   With just three dogs, they caught and killed 66 rats in 2 hours!   One building, which could have been the setting for a Stephen King horror film, was literally raining rats on the inside, the first time they went in they were knocking rats off of pipes with hockey sticks.   That building took 15 visits, and 600 rats later, the issue was under control. Incredible!

These dogs are so good that they’ve been featured in National Geographic Magazine in the April 2019 issue!   They have 18 dogs, not all Patterdales; a couple are bed bug dogs, a couple are mouse dogs, and the majority of the dogs are ratters.  Scott explains that the dogs love what they do.  They don’t seem to have fighting or aggression issues with the dogs—and Scott addressed with this writer the importance of allowing the dogs to be dogs on their off time.  They get to play and hang out with the family and/or their handlers at home. They get to socialize with other dogs.  Some of us humans could take some lessons in good work/life balance from these dogs!

Unique Pest Management has 2 service centers to service the Washington, DC Metro area and the New England area. The Mullaneys train handlers, and there are 11 people working for them.   Handlers usually take about 4 to 6 weeks to train to use and handle the dogs, and a further 4 to 6 weeks working as part of a team.  When they are released to go work a job, they are shadowed for a while just to make sure everything is ticking along as it should, and to assist the handlers if needed.

When asked if he loved his job, Mullaney had one thing to say—“Working with these dogs is cool as hell!”   We adamantly agree with him!  The bond between dogs and humans is a lasting one, and as long as there are rats invading where we live, these dogs will have an important job to do to help us live healthier lives,  while having a purpose. 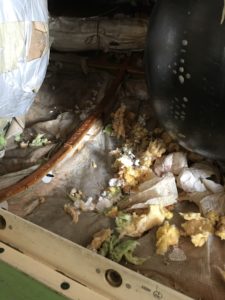 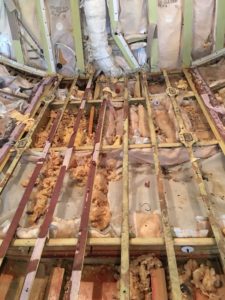 TBRTC would like to thank Scott and Angie for sharing details

about their business, in conversing the passion, focus, knowledge, manifest in the professional, dedicated service they provide customers and community.

We are humbled they awarded us time to teach us and feature on highlighting an environmentally method for pest control, naturally have to mention the brilliant, hardworking dogs, particularly impressed that Scott mentions importance of work, hanging out with the family, socializing.