Why Ignoring Rats Could Kill You

It’s the classic horror movie plot—you can’t keep out the hellspawn that are rats.  No place is safe, no place sacred, not even the toilet because as we’ve already shown you, rats will climb up into the bowl even if you are sitting on it!    Rats can lift barriers that are over a poundto explore a new environment.  They can squeeze through vents. They can get through openings the size of a quarter because their skull freaking collapses!    You cover holes in the walls and create a false sense of safety—our little serial killer rat considers this and says “Okay friend, I’ll see your home maintenance repairs and raise you chewing through the walls!”  Rats have no issues going down on brick, cement or lead.  A rat’s teeth never stop growing, and they will grow through their skull, so rats have to chew—or die.   If it’s a decision between the rat and you, the rat, like us, will pick himself every single time.

Dracula had his castle. Every horror movie killer monster has a dark lair from which he jumps out at you or picks your friends off one by one and nobody can catch it.   Thus existeth the rat.

Want to catch him?  It’s possible but this wily monster is smarter than you.

Take the rat they called Rasputin, but for the purposes of this article, I will call Rat McClane (all you “Die Hard” fans just cheered there). 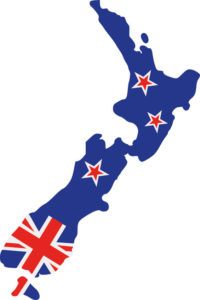 Scientists captured Rat McClane on New Zealand and put him on a remote, uninhabited rat-less island off the coast of New Zealand after fitting him with a radio collar.  They wanted to study his habits, and see where he went, in the hopes of learning better methods of catching him and his ilk.  The radio collar worked like a charm. The rat roamed the whole island, and over the next four weeks, the scientists learned a lot.

Then, they tried to catch him.

They had a formidable arsenal. They set 36 traps.  They had two rat dogs. They dug 15 tracking tunnels.  Rat McClane evaded them all.  Days went by with no success. It must have felt like, after a while, to the people hunting him, that Rat McClane was dancing on his hind legs on a hillock overlooking the scientists’ camp with both middle fingers on his paws extended laughing gleefully (because rats CAN laugh)!  Then the tracking collar failed, or he slipped it, or he lost it, and the real fun began.   Rat McClane…disappeared.   For weeks.

Turns out, Rat McClane, in true “Escape From Alcatraz” style, got off the island to find a new home even though he had no competition for food and there was plenty of it, and instead of building a raft made of raincoats, this badass rat swam 400 meters over OPEN SEA (almost a quarter of a mile. Run it. If you can. See how far it is. Then marvel, mere human. Marvel.) to a neighboring island and the only thing that clued scientists to his existence was rat scat he left on the shore as if to say….well….we can’t say it here.  But you get it.  By this time, Rat McClane had been savoring his hard-won freedom for 18 weeks.  That’s over FOUR MONTHS.

Scientists went to the new island and set another bunch of bait stations, 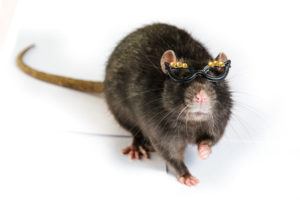 dug another set of tracking tunnels, buried five rat traps, and set another 20 traps with peanut butter as bait and set the dogs loose on his scent. Rat McClane spurned them all and was only brought in—classy animal that he was—after scientists left out a chunk of penguin meat for him….it was a meal he could not resist, and thus, Rat McClane met his demise.

So, like any horror movie monster, rats are hard to kill—or possibly, immortal, as we are coming up against a species of rat scientists comfortingly (NOT) call genetically mutated super rats.  You know it’s getting real when serious, stoic scientists name a new species after a comic book super villain.

So how can they kill you? 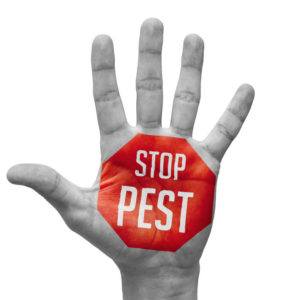 Don’t mess about.  Do what you can do to rat-proof your home especially with summer coming on, call us or visit our siteto add our premium quality artillery strength galvanized steel rat traps to your arsenal, fitting the right application to your existing pest control plan.

We are here to help, reach out to us to help your local government health 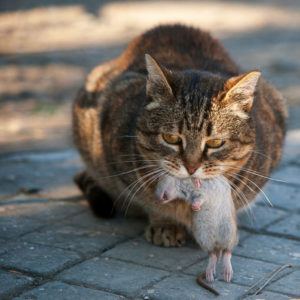 and or department responsible for combatting the war on rat infestation,

we are delighted to engage, work with in concert with their local pest control community, consider pointing them in our direction at the PestWorld 2018 meeting on Orlando 23rd– 26thin October, Booth # 733