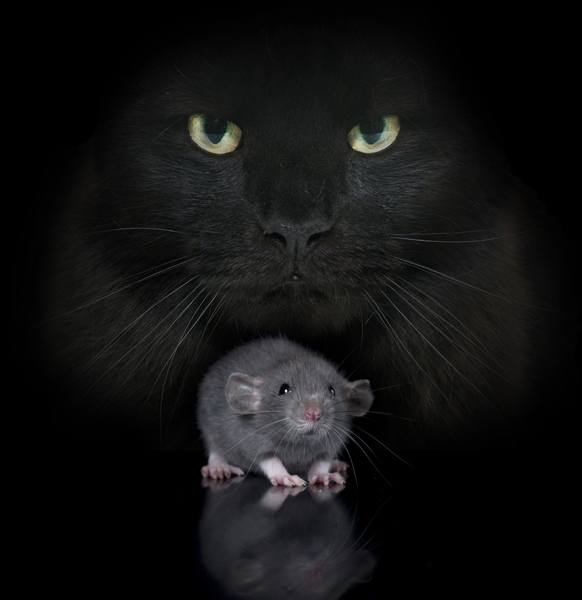 Rats are tough little critters. They need to be to survive.  In this edition we’ll look at a kangaroo rat who used some ninja moves to take down a 6 ft sidewinder rattlesnake, a roof rat that took on a dog, and rats the size of kittens who decided to take over a neighborhood playground!  Then there’s the popcorn eating, movie theatre rat who stole the show!

Last week’s quiz question!  How many species of rats are there?

This week’s quiz question: What is one species of rodent who communicates with their tail? 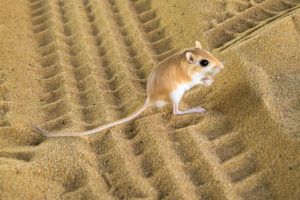 He wasn’t wearing his ninja garb, and he was very small, but that didn’t stop a kangaroo rat in the Arizona desert from taking down a predator way, way larger than himself!   The video is insane!   There the rat is, quietly sitting in the desert darkness, while mere inches away, disguised by the sand, a sidewinder rattlesnake waits for the perfect time to strike.   When he does, he actually gets his mouth on the rat!   You might say it’s all over for the rat, but no!  In the spirit of Kung Fu, the rat suddenly leaps and twists right out of the snake’s mouth!  Then in an awesome move worthy of Fight Club, the rat delivers a kick to the snake that knocks the snake into next week, and the rat bounds safely away.   Researchers at San Diego State University filmed the rat escaping the snake 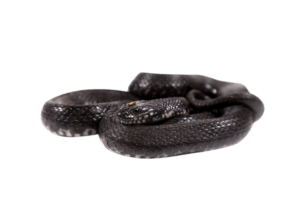 (the above insane link!)  “With attack times of less than 100 milliseconds, rattlesnakes are fast, but kangaroo rats are faster, researchers found after studying more than 30 interactions. On average, the rats had reaction times of around 70 milliseconds, with some starting to leap away within just 38 milliseconds of the snake striking, the release said. “It’s basically like reacting before you can even close your eyelid,” Whitford told The Post, adding that it takes about 150 milliseconds for humans to blink.”  Amazing!   Although we know kangaroo rats like other rats, can spread diseases like hantavirus, we still have a reverence for these amazing little creatures who are perfectly adapted to their environment, right down to the ninja moves that save their little lives.

Roof Rat Takes on Dog—the dog won, but the rat sent him to the hospital! 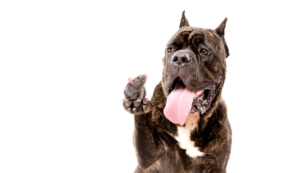 Meanwhile, over in Phoenix in the city, a roof rat was looking for fruit. The dog was looking for a leisurely romp with his friend in his own back yard.  Suddenly, their world collided.  The dog spied the roof rat climbing up the side of the house and all his hunting instincts kicked in. He went after the rat. He caught and killed the rat, but not before the roof rat delivered a good bite in the ensuing battle. Fox10Phoenix explains: “Dr. Tauenberger of Phoenix Veterinary Emergency Hospital says Dan made the right call for any pet owner to make in a crisis, like Trooper’s. “Rats specifically can cause diseases that dogs are susceptible to,” he said. “With rat bait, they can cause really severe problems in dogs as well, Just like they can kill rats, they can also kill dogs.”   We agree wholeheartedly!  A brave dog and an equally brave rat!  Protect your pets so they don’t get hurt by a rat by using our environmentally friendly traps set in tunnels to protect your dogs, cats and children!

They may be as large as kittens, but they aren’t cute and cuddly!   They are ganging up in a Brooklyn housing division and 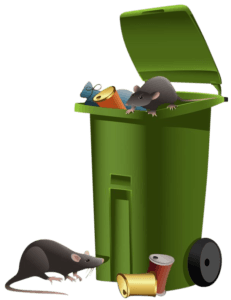 they are running around wild and free and tough, and residents want them gone.   Their kids play out there, and they’re afraid of being bitten.  Pix11.com reports: “Last April Mayor Bill de Blasio announced a citywide $32 million initiative implemented at ten developments to crack down on rodents; it includes new trash cans and using dry ice.  “They are always chasing the smoke and not putting out the fire. There are bigger issue. It’s not just picking up the trash, it’s finding out why you have garbage bags on the fence and why we don’t have trash receptacles,” Alayeto said.  Apparently dry ice can’t be used there and the complex is outside the Rat Reduction Zone. The city has said it is working on getting them sealed garbage cans and working on the problem.   It’s warfare on the playground!    Kids and kitten sized rats don’t mix!

Theatre Mouse Steals the Show (and the popcorn) 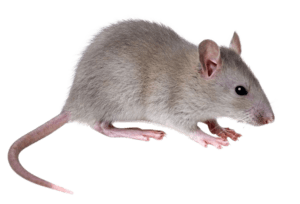 A mouse needs a social life once in a while—being around thousands of his cousins, brothers and sisters all the time can get on his nerves (as we all can attest to when we have those uncomfortable Christmas dinners with relatives who embarrass us), so one  enterprising mouse carefully groomed himself, arranged his whiskers and 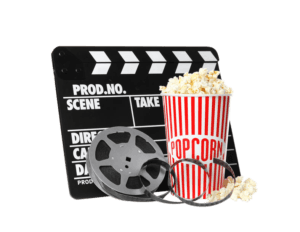 decided to go see a show at the local AMC theatre in St. Petersburg.  Just like everybody else, he got his hot buttered popcorn and settled into his seat.

Then the real show began. Someone saw him sitting behind them eating popcorn. Screams ensued. Pandemonium as people ran scrambling over each other to get the hell out of there! Soon the mouse found himself unceremoniously trapped in a lady’s scarf and thrown out on his bum into the street like a common miscreant.  ABC Action News goes on: “[A customer] said he and others were waiting for the movie to start when someone shouted, “a mouse!” He took out his phone, and did what people normally do these days, started recording. “That sent everyone into panic mode,” he said. “It was chaos, everyone started running out.” Then, a man grabbed his wife’s scarf and used that to catch the mouse. He said the guy then took the mouse outside to let him go.”

Next time we advise sitting near the back and coming in through the back door.