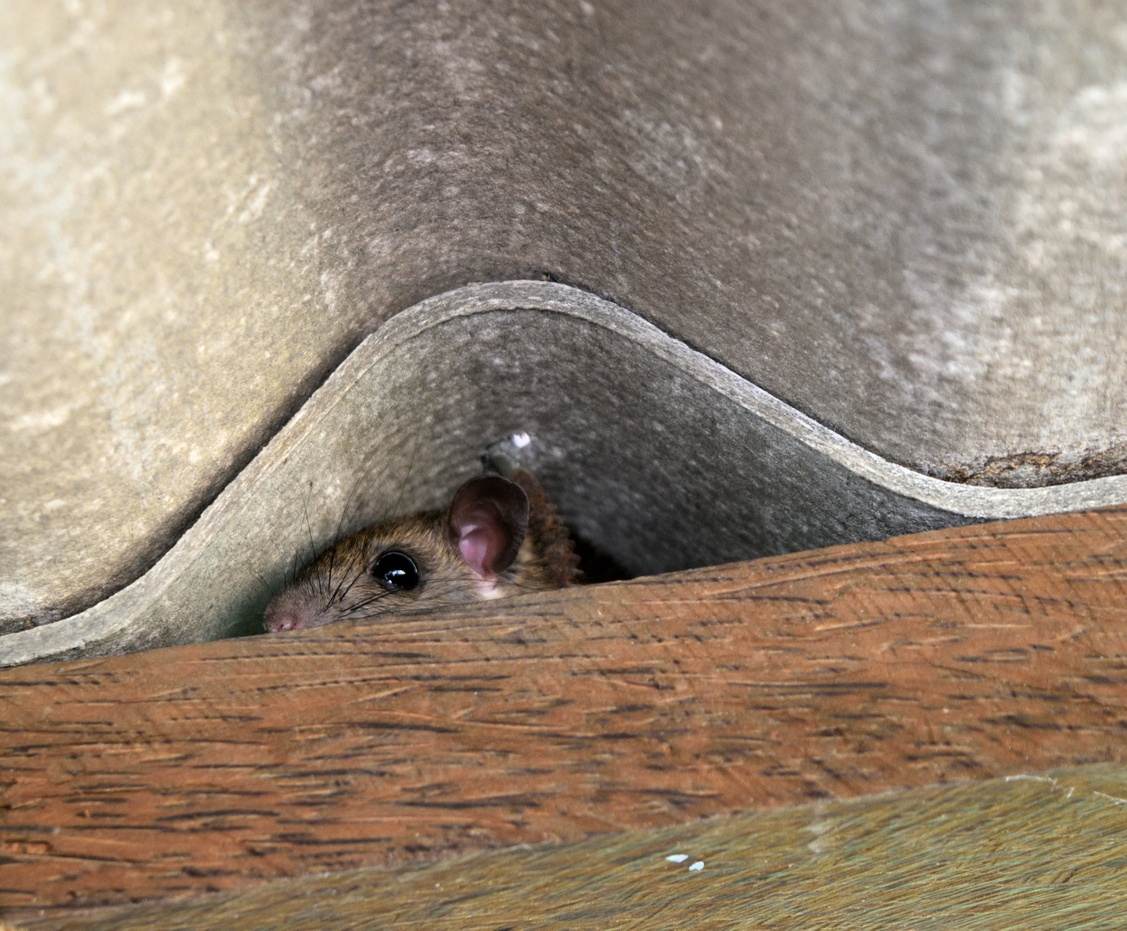 Think politics is only for human beings?  Think again! In this edition, we will look closely at the politics of mole-rats choosing a new queen.   It’s big, bad and bloody on the way to the top and heads will roll along the way, just like Henry VIII’s ill-fated wives!  The rats we talked about last week that have invaded the east coast including Washington, DC, which is the 5thrattiest city of 2018, and they have breached the White House!  Will they overhear national security secrets?   Will they sample the fine food the White House chef cooks for the President?   Will they form a mini-cabinet and assert dominance over human affairs like Pinky and the Brain?

what kind of Mammal?” A– Rodents

This week’s Question: Rodents are not just mice and rats. Groundhogs also belong to the rodent family. What is the name of the most famous groundhog in the world?

In a drama that rivals any reality show, the National Zoo Mole-Rat cam has been capturing the murderous battle the colony has been waging for months in the quest for new leadership. Oscar Wilde wasn’t far off when he said, ““Everything in the world is about sex except sex. Sex is about power.”  Like any good drama, this one is full of greed, sex, power, capitulation, coup d’états and the final crowning. 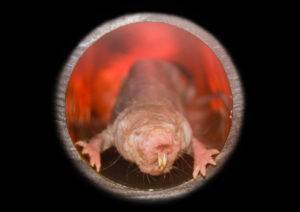 Like England, the mole-rats choose a monarch—not by birth, but by natural selection—the toughest mole-rat who kicks all other mole-rat butt AND produces pups wins!  No, it’s not an election. It’s a bloody civil war.   Not since Henry VIII lopped the heads off a couple of his wives or “Game of Thrones” hatched the dragons has the race to the top been so exciting and dramatic!   Smithsonian.com explains that naked mole-rats are eusocial species, meaning they live in hierarchical communities overseen by a dominant female who is the only one to breed. “This structure, which is most frequently seen in insect colonies (think queen bees and ants), finds the rodents competing for the right to bear offspring. The losers, Delgadillo writes in an October DCist article, are consigned to life as subservient workers tasked with taking care of the queen’s babies, protecting her and the pups from danger—a task they learn how to do from snacking on her poop (yes, really). A select group of two or three male mole-rats receive the additional privilege of mating with their matriarch.”    And the once and future queen’s hold on power remained tenuous until she gives birth to pups—which means any of the other females could stage a coup and overthrow the prospective monarch.   The mole-rat queen to be finally produced 3 pups—and won the battle for political supremacy.

DCIST.com goes on: “Her queenliness has had two babies so far, but naked mole-rats can keep giving birth for up to 24 hours, so it remains to be seen if there are any other pups to come. (Update: As of Tuesday morning, she’d had one more pup, making for a total of 3). Naked mole-rats can have up to 30 pups in one litter, but numbers like that are reserved for more experienced moms. Each time a naked mole-rat queen gets pregnant and gives birth, her spinal column stretches a little and makes her slightly longer, so she can fit more babies in there next time.”   We wrote about naked mole rats in our Halloween 2017 edition,and they are no less spooky, bloody and violent around Christmas!  Their Norway rat pseudo-relatives may have  taken a leaf from the political wrangling of the naked mole-rats because they’ve staged a takeover of the nation’s capital and have started advancing on the White House itself. 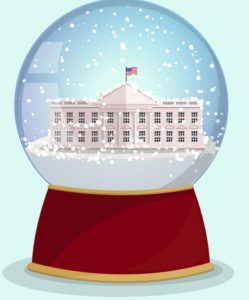 Before we get to the Fox News broadcaster who caught sight of a rat out of the corner of his eye on the White House lawn, we’d like to give you some background—for the last two years, the US General Services Administration, which manages Federal Buildings, has been waging a war of it own on rodents, sewer smells, roaches, and lapel pins dropped down drains.   News 4 Washington describesthe massive job the GSA has in managing pests plumbing and other issues: “GSA manages nearly 100 million rentable square feet in the National Capital Region. As with any property manager, each of these buildings have day-to-day needs that require addressing. These reports appear to be individual instances of building maintenance issues,” the spokeswoman said.

So now it is no surprise to you, dear readers, that Fox News reporter John Roberts, as reported in the Washington Post, should have seen the rat he saw while setting up for a news report on the 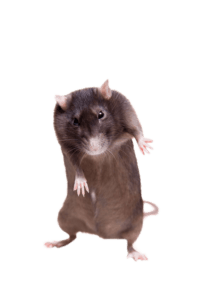 White House lawn.  In a tweet, Roberts said “I am standing in our @FoxNews standup location on the @WhiteHouse North Lawn and notice in my peripheral vision something moving at my left foot,” tweeted reporter John Roberts. “I assumed it was one of the ubiquitous WH squirrels. But no . . . it was a big brown rat.”    The DC Department of Health thought the rat was flushed out of its burrow by a weekend rain. “Rat sightings correlate with a number of factors, Brown said: food sources, weather and population density. Recently, Washington has had a perfect storm of all three…with mild winters and booming development bringing more people, and trash, into the District.”  Washington, DC is number 5 on Orkin’s Rattiest Cities list.  We have done many reports on Washington, DC’s rat problem, but we thought the White House would somehow be a secure zone with its security cameras and armed guards, but a few have managed to sneak under the outer fences! The Post adds, “On Jan. 1, an additional $906,000 the city allocated to help the Department of Health get a handle on the District’s rat problem will kick in. Brown said the 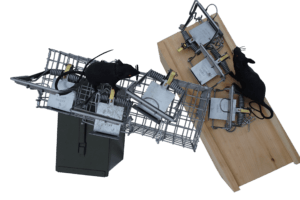 money will be used to hire staff and equip exterminators with mobile devices that use geolocation data to track rat complaints in real time, among other things.”    Washington DC has also utilized dry ice, rat birth control, rodenticides, and as we have already noted, Our Fenn Trap MK4  would work brilliantly to use in a city rat control program to eradicate the rats—they’ve never seen these traps before, these industrialized traps are reusable, long lasting, humane to target animal, euthanizing quickly, eco-friendly and can be used with a variety of other pest control methods!

Perhaps Groucho Marx was right when he said ““Politics is the art of looking for trouble, finding it everywhere, diagnosing it incorrectly and applying the wrong remedies.”   Contact us and apply the RIGHT remedy for your rodent infestations!