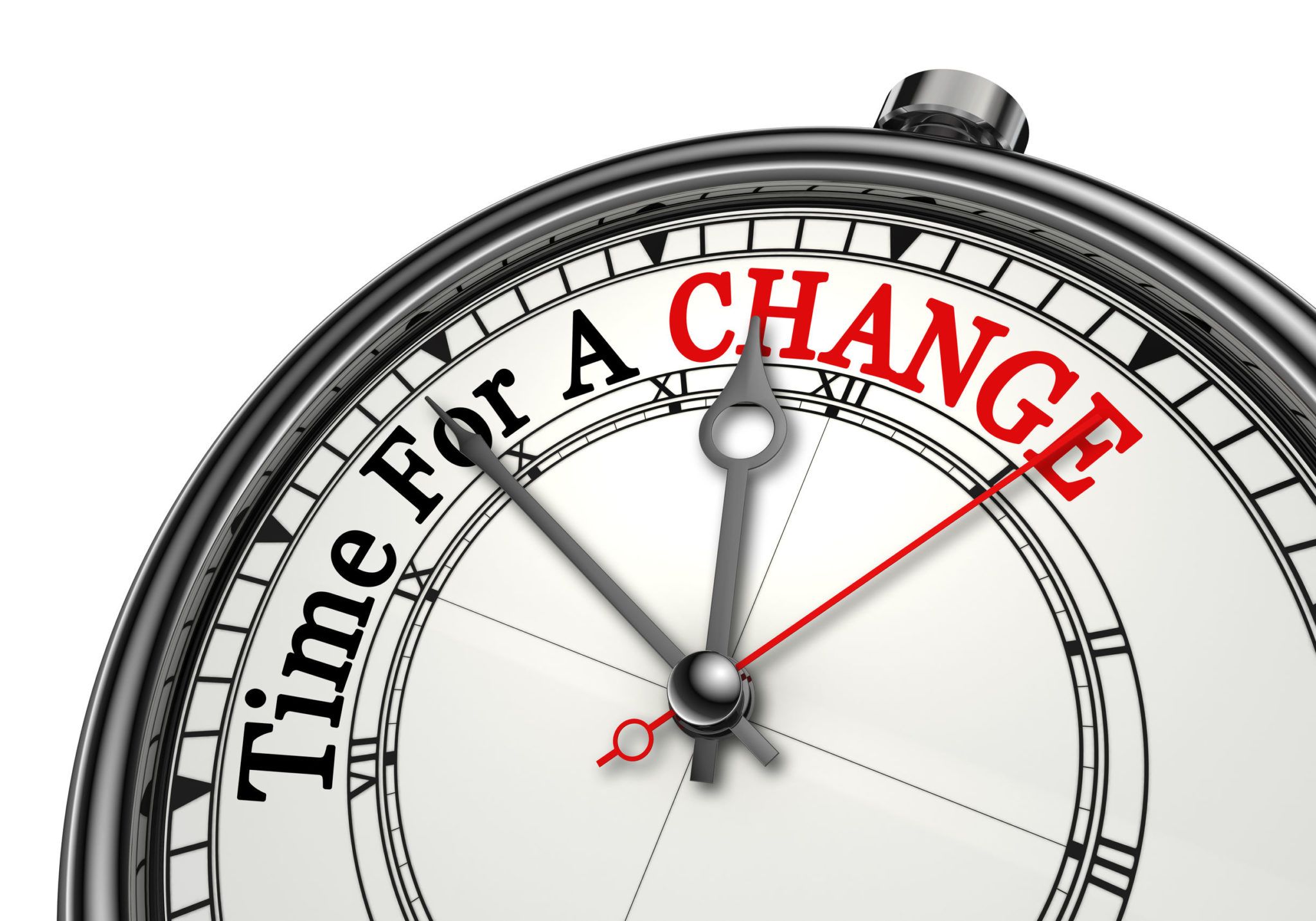 There’s a first time for everything, and this week, rats and cats are proving that to be true from the discovery that cats are really terrible at catching rats (our traps are much more dependable!) to the first case of liver disease directly attributable to rats in Hong Kong, Hepatitis E, to the new hero of Wrigley Field,  the wall scaling rat!  For the first time,  rats enter the Paris mayoral election (perhaps this means that Brie, Camembert, Roquefort and Bleu d’ Auvergne cheeses will be given to all if the rats win!) As the great Irish statesman Edmund Burke once said, (and what the rats of Paris are trying to do), “By gnawing down a dike, even a rat may drown a nation!” 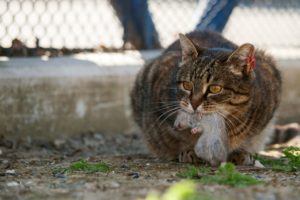 Cats are TERRIBLE at killing rats.  A reputation that has been taken as fact for centuries had holes shot through it when Fordham University did a study on a rat colony housed in a Brooklyn, NY waste facility. Over the course of a 79-day period, cats ambushed over 150 rats.  Only 2 were actually killed.  Smithsonian adds:  “According to Science News’ Susan Milius, the researchers tracked kills with the help of motion-triggered cameras that recorded 306 “active-animal” videos. Based on these clips, the scientists recorded 20 stalking events and three kill attempts (only two of which were successful). The kills occurred under ambush-like conditions, while the unsuccessful attempt was an open-floor chase.

“[It was a] very hesitant chase, like a stop-and-go dance they do,” Parsons tells Milius. “When the rat stops, the cat stops, too.”

One of the reasons for the cats’ poor performance may be the sheer size and strength of NYC rats, 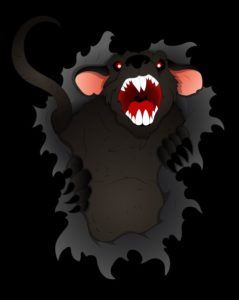 which could be akin to a 6-foot cop trying to wrestle down Rocky Balboa.  New York City rats don’t play!   The rats are extremely ferocious, which would make any self-respecting cat back down unless they have a streak of mountain lion. University of Florida disease ecologist said that cats are more likely to ignore rats. “Once that rat hits puberty, [it’s] way too big and nasty for the cat to deal with,” he says. “You can watch a lot of cats and rats accommodating one another, easing by one another, eating out of the same trash bag.”
Since it’s New York, they probably don’t share their pizza slices either.

The Cubs May Have Lost Last Week, but Wrigley Rat Is a Winner in Chicago Hearts

We have written numerous articles on Chicago’s rat problem,and now the rats are gaining 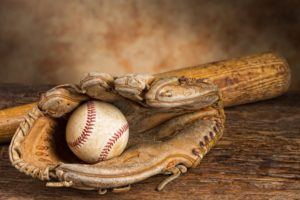 the same kind of fame of New York’s “Pizza Rat,” “Avocado Rat,” and “SubwayRat.”  National Public Radio reportsthat last week’s game featuring the Pittsburgh Pirates vs. the Chicago Cubs ended badly for the Cubs—but then, a rat entered the game and became well—a game changer.  The fans eagerly watched to see if the rather portly rat, well fed, perhaps, by the nearby food trucks serving the fans—would leap the shallow fencing area, just above the outfield, onto a wall into a small bit of grass near the bleachers.

“Cheers rolled through Wrigley Field Tuesday night. The Cubs lost that night to the Pittsburgh Pirates, though they’ve clinched a playoff spot. Another drama unfolded above right center field. Photographer Will Byington was rolling as a large rat kept trying to leap from the shallow fencing, just above the fabled outfield, onto a wall into a small patch of grass next to the bleachers. Cubs fans, who, to be blunt, have cheered on quite a few rats over the years, clapped and shouted as the rat jumped once but missed, then twice but fell short, kind of like the Cubs always used to. Then finally, jumped a third time and…”

Cheers reverberated throughout the stadium!  Everybody loves an underdog—er,rat—and the video of the Meanwhile leaping wannabe athlete has gone viral online.

AOL.com reportsthat a 56 year old man in Hong Kong was diagnosed with the unlucky condition of being first known human case of Hepatitis E, which had not been previously known to be transmittable to humans.  The man had just gone through a liver transplant and had shown abnormal liver function afterwards.   How did he get it?  Researcher think perhaps he came into contact with food contaminated by rat droppings. Happily, he underwent treatment and was cured.  Still, one case is a case too much say the experts. 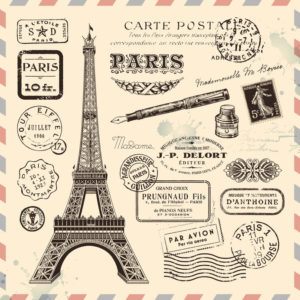 We have long reported the ratrastrophes that is happening in Paris, France, and the efforts by 17th arrondissement mayor Geoffrey Boulard to eradicate the problem.  The mayoral position in Paris is up for election, and the current mayor, Anne Hidalgo, is being blamed for the rat problem.  Politico reports:

“A poll published September 15 showed Hidalgo and an LREM candidate in a dead heat with 23 percent of the vote, and a Républicains candidate slightly behind at 21 percent. Though les rats — and broader questions about public hygiene — are just one issue on the Parisian agenda, they nonetheless play a part in a race that’s very much up for grabs.”

Yet Hidalgo, who did the thing you do when you have rats—endorse an extermination plan—hasn’t had it easy. When the population of Paris found out that the rats were going le morte, they turned on Hidalgo:

“after reports of an outbreak in December 2016, City Hall announced a rat-fighting plan. Because of 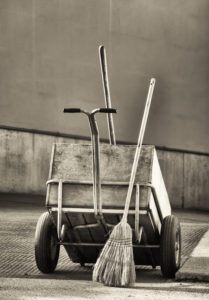 regulations from Brussels, certain age-old methods like putting poison in rat burrows are off-limits. Nonetheless, the plan endorsed milder extermination measures in parks as well as a marketing campaign to teach the public about trash disposal.

Yet the plan irked some green advocates. They felt that Hidalgo had turned on the rodents and started a petition called “Stop the Genocide of Rats,” which secured 22,000 signatures within three weeks.”

What’s an incumbent to do? We will find out as the drama unfolds!

Visit us at  PestWorld 2018 meeting on October 23rd – 26th  in Orlando, Booth # 733, Chat with us about your challenges, review 5 minute industrialized strength Fenn trap demonstration, be entered into daily drawing to win cash.