Rats, for all the baggage that comes with them that makes them so odious to us, are a lot like us in many ways. They laugh.  They display altruism such as we’d like to see more in our fellow man. As it turns out, they like to play for the fun of it.   Like little kids.  And why not?  YOLO, man!  In this edition, we’re going to take a look at rats and play, and then we’ll take a walk on the darker side of rat behavior—an infestation so bad, it’s shut down Sacramento’s River District because the rats have been attacking people.  Like something out of “Ben,” or “Willard,” or any number of rat horror movies (check out this list if you feel like a rat horror flick!) 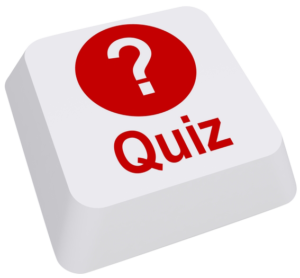 Answer: According to the Australian Broadcasting Corp., male rats are called bucks; females are does. Infants are called pups or kittens. A group of rats is called a mischief.

This week’s quiz question: While you might never think a rat could be an endangered species, there are seven types of rats that are. What are three of them?

Before we dive into the dark side of rats,  this story here shows us how multidimensional our four footed 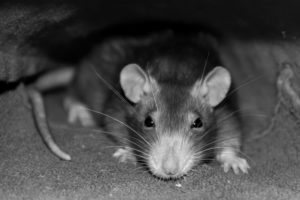 foes really are !  ScienceMag reports that a researcher got the idea to run the experimental hide and seek (or in this case…hide and squeak?  Yeah okay. That was pretty bad!)   from watching YouTubers play with their pet rats.  “Neuroscientist Michael Brecht of the Humboldt University of Berlin got the idea for his experiment from YouTube. “There are all these YouTube videos from pet owners that say their animals love to do this,” he says. Although it’s well known that rats play lots of rough-and-tumble games, hide-and-seek is so much more elaborate that Brecht wondered whether they could really do it. He and colleagues set up a 30-square-meter playroom equipped with cardboard shelters and an array of boxes made from opaque and transparent plastic. They made seven hiding places for the rats, and three hiding places for the study’s designated gamemaster, Humboldt University of Berlin neuroscientist Annika Stefanie Reinhold. After living in cages, it took a little while for the six adolescent male rats in the experiment to feel comfortable 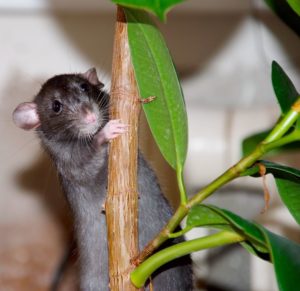 in the spacious room. But once they felt safe, they were ready to play. Each game began with a rat inside a lidded box. When the rat was the “seeker,” Reinhold would close the box and hide, opening the lid with a remote control. After training, the rat knew that was the cue to leap out of the box and go looking for Reinhold. When it found her, Reinhold rewarded the rat by petting and tickling it; no food was offered. When the rat was the “hider,” Reinhold would leave the box open, and crouch beside it while the rat jumped out and scurried to one of its seven hiding places. Within 2 weeks, five out of six adolescent male rats learned how to both seek and hide—and not switch between those roles when they were in the middle of a game, the team reports today in Science. In a second set of experiments, a different researcher trained four more rats to play the game. “Many scientists think this is trivial, but these are very complex behaviors” because the rats assume different roles, follow rules, and even strategize about where to hide, Brecht says.”  The researchers recorded up to 180 neurons associated with learning in the prefrontal cortex and they discovered something even more amazing!  Rats may be able to imagine another’s perspective and would sometimes hide in the same places thinking the researcher wouldn’t look there again.  The  Guardian adds that while they were playing hide and seek they were having fun! “They recorded joyful leaps and ultrasonic giggles – which previous work has shown to be signs of happiness – when the rats found the humans or were caught by them.”     How cool is this?  (Perhaps when we are out to kill them the rats play the same game and while the pest control professional is looking for them in one place they’re in another ultrasonically laughing?)   We hope not.  We know you take your jobs VERY seriously. 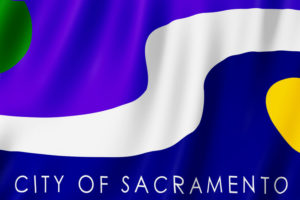 The rats have staked their territory in Sacramento’s River District—more than 100 of them have moved in and waging guerilla warfare on the locals.   ABC10.com reports the vector for this invasion is a network of ground squirrel tunnels.   City officials were made aware of the issue by a local called “Pit Bull Dave (?)   who stated “”You come out here at night, 9, 10 at night, you see them running, hundreds of them running,” said Chapman. “You’ll see them carrying, actually dragging a loaf of bread down the street. People will get their toes bit while they’re sleeping, their fingers bit while they’re sleeping.” Nobody wants to live with that!     What’s making them stay?  The homeless?   Not necessarily.  When local city councilor came to visit the spot he saw something out of a horror movie: “Chapman alerted Councilmember Jeff Harris of the growing problem. So, Harris and a photographer went out the night of August 30 to see the problem for themselves.  “I stood on the corner and was pretty shocked,” explained Harris. “I’m not talking one or two. I saw more than a hundred in just less than a minute.” Harris also said he saw a mound on the empty lot undulating with a swarm of rats. Many have assumed the homeless population is the cause of infestation. But John Chapman doesn’t agree. “It’s not necessarily the homeless people, it’s the people 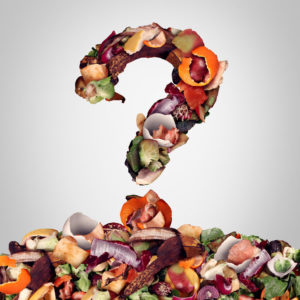 who feed them,” said Chapman. “People come out here and they have big feeds out here on the weekends and several days a week and they leave piles of food.”   What’s the number one rule we tell you repeatedly if you want to get rid of a rat issue?  Take away the food!   Feed a rat and pretty soon he invites his cousins, his uncles, his aunts and all of the extended family which can number in the hundreds and in the thousands!   Nobody wants that much family around (except for rats) so what’s the solution—because where you’ve got hundreds of rats you’ve got a public health problem?   First, according to the Sacramento Bee, a city contractor has laid about 40 traps.  But wait!  There’s more! ABC10.com says that the city is planning to seal all the tunnels which will boot them out of their comfy digs.    The city is also asking campers (the local homeless) to vacate the premises and the city has blocked off certain areas.  Hopefully these measures will help the humans to reclaim the land!

Visit us at PestWorld2019 Meet Bjorn Von Ryberg, co-founder and co-inventor of RodeXit Proofing Strips, a wealth of knowledge on effective innovative 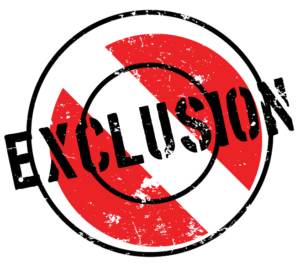 solution for exclusion of  Mice and Rats.

Watch a demonstration on ease and efficiency of installation when utilized as a door sweep, engage and ask questions! 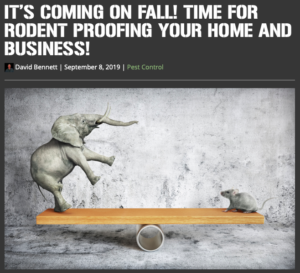