Rats are small but mighty creatures!   Never mind they can chew through brick, glass, concrete and aluminum.  They can bring cars to a halt by chewing through wires, and even entire countries as we become increasingly digitized.   That’s exactly what happened in Estonia.   Then we’ll go visit an enterprising kid and prospective rat trapper in New Zealand, and finally, some rats teach us a lot about how our ancestors used to live-especially the pack rat, which technically isn’t a rat. This contradiction of an animal preserves items it finds—with its pee.   These treasures, preserved under amberat (fossilized rodent pee), teach us lots about even our own culture and history!

Answer: Rats are stupendous nappers and they spend about 76 percent of daylight hours sleeping.

This week’s quiz question: What rat is used to diagnose tuberculosis? 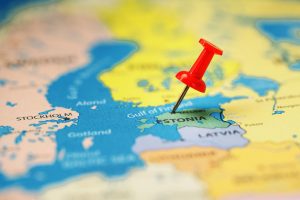 As human beings, we tend to sometimes become lost in our perceived sense of omnipotence.   Sometimes a tiny animal, (even a big rat is smaller than we are), humbles us with the simplicity of its own power—in this case, sharp teeth that never cease growing, and the ability to chew through

practically anything.  In Eastern Europe, the country of Estonia (dubbed e-Estonia), is so digitized, it is considered by the World Bank to be becoming one of the first true digital societies.  That all changed for a few hours when a rat (or many rats) found their way to a main cable and decided to chew through it like a Rottweiler with a meaty bone.   People couldn’t interact with government agencies, the lottery, healthcare, or get prescriptions.   Estonian World describes the damage that rats can do: “On a closer inspection, it was found that the cable in question had been severely damaged by rats. Because of the extent of the damage, repair work on the cable was immediately started to prevent further damage later. The disruption affected the operation of eesti.ee – the gateway page to government information and digital services – and the services of the Estonian Health Insurance Fund. The website of Eesti Loto, a state-owned lottery company, was also affected.’   The damaged cable, pictured in the article, is chewed like a dog toy.  Technicians were able to fix the issue in about three hours, and say they are laying parallel data connections to prevent this sort of thing from ever happening again.   Hopefully the parallel connections will be something rats can’t chew through! 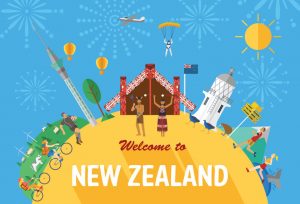 A young boy in New Zealand may have found his calling—rat trapping—as a result of seeing rats around his school.  He wanted to help get rid of them, so he asked his school if he and his friends 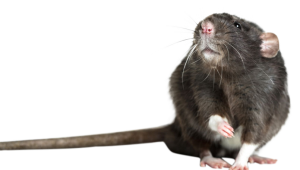 could trap rats.   The school gave consent, and so he and his mates set a trap and was able to catch some rats, and after saving his money, he bought more traps.   He’s done so well clearing the rats from around his school that he’s picked up a client who wants him to trap more rats.   Stuff.co.nz says the boy describes how it all began after a rat ran across the playground: “”Everyone just started screaming. Then, I went to empty the food scraps bin one day and there were just hundreds of rats running across the pathway.” Hugo emailed the school principal and asked if he could trap the rats, 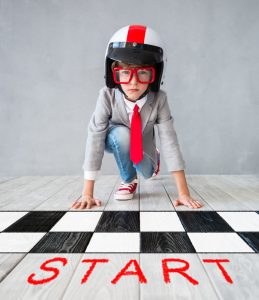 and she told him it would be a great help.  “I bought my first rat trap and put near the food scraps and every day I caught one rat. So I saved up my money and bought more traps and now we’ve got about 11 rat traps set out at school.”  He thinks since he started in August the “Rat Bags,” as he and his friends are known, have trapped about 32 rats.   Good on you, young man!   He says he’d like to be a rat trapper in future, and he’s well on his way!   This just goes to show you that you don’t have to be an adult to do positive things for your community!

Pack rats may be the unwitting archaeologists of the rodent world!   Hoarding may not be such a bad idea when you consider all of the

information, we can get from just one pack rat midden (nest)!   This is how it works:  pack rats don’t stray too far from their nest.  They gather items that interest them (especially shiny objects), put it in their nest and then, like good curators, preserve the nest by (here comes the gross part) peeing on it!   The pee dries and crystalizes into a rock hard substance called amberat.   Smithsonian Magazine explains just what happens when archaeologists discover them: “Pack rats pee all over their nests, and in arid climates (like deserts), the urine crystallizes as it dries. This preserves the items inside the

middens, but it also presents a challenge to scientists studying the finds. “They have very highly concentrated urine, and once it crystallizes, it’s rock hard,” says Buffalo State College ecologist Camille Holmgren. “In order to collect middens, we often need a rock hammer and a big flooring chisel to hammer away at these things because they’re often cemented to the rocks.” After they chip off the amberat, they’ve found all kinds of cool things like vegetation up to 50,000 years old that they can use to compare to today to find out how environments change over time, along with being able to estimate rainfall and migration routes of animals and plants.  And now the information found in middens is being used to discover what life was like for enslaved people in the southeastern United States, particularly in one location called the Nathaniel Russell House.   Scientists have discovered middens in the walls of the kitchen house behind the main house, which contained sewing pins, buttons, marbles, part of a uniform waistcoat, and scraps of an early writing primer which could mean that slaves were being taught to read and write. 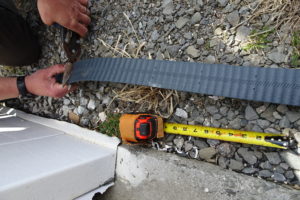 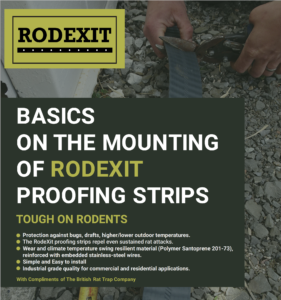 leaves on manual doors, astragal gap of double doors and gaps in or between stationary building parts, fences and walls.  Download “Basics on the mounting of RodeXit Proofing Strips” to learn more

The embedded barrier of 10 stainless- steel wires in the RodeXit proofing strips are gnaw- proof and can repel even sustained rat attacks. 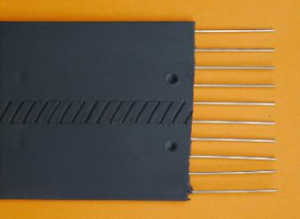 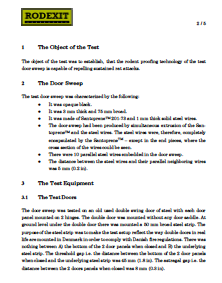