You know those personalities who are famous for being famous? 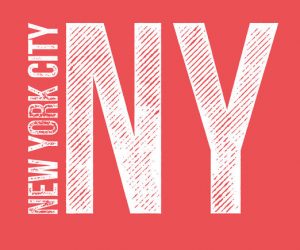 In this edition we’re going to experience New York City rats at their finest, and although we don’t normally write about other pests, there’s a cockroach that’s stolen New Yorker’s hearts and he ranks right up there with “Hennessey Rat,” “Pizza Rat” and “Pole Dancing Subway Rat!”    Buckle up! 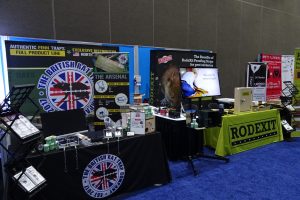 Thanks to all the people who visited us at PestWorld2019, valued and greatly appreciated, look forward to future engagement.

Last week’s quiz question: How many species of rodents are there?

Answer: 1500 – The single largest group of mammals is the Rodentia. Most non- flying mammals are rodents: there are about 1500 living rodent species (out of 4000 living mammals overall). Most people are familiar with mice, rats, hamsters and guinea pigs, which are commonly kept as pets. The Rodentia also includes beavers, muskrats, porcupines, woodchucks, chipmunks, squirrels, prairie dogs, marmots, chinchillas, voles, lemmings and many others.

This week’s quiz question: How many species of marmots (large squirrels really) are in the world? 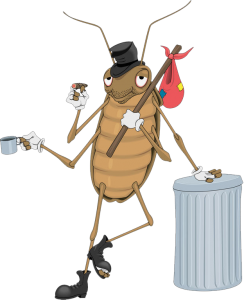 Ever been so desperate for a cigarette and so broke that you went after your butts digging through them to see if there was enough tobacco above the filter to smoke?   Sometimes, after a bad week, we guess some feel they really need a nicotine fix.   So it appears with a New York City cockroach who is doggedly dragging a butt bigger than he is across a sewer grate.    And an awful lot of New Yorkers empathized with the poor little guy!   CNN explains:  “The video, shot at the intersection of 53rd Street and Fifth Avenue, has garnered 19,000 retweets and 86,000 likes.  Kretchmar said he watched the cockroach for 90 seconds before moving on.

The Twittersphere responded with a mix of fascination and disgust.

“Whose ex-boyfriend is this?” tweeted one user.

Others showed a strange empathy toward cigarette cockroach.

“I guess if you have a lifespan of only 160 days, you might think, ‘Why not?'” NPR host Scott Simon tweeted.

“Been a hell of a week for us all,” Josh Grubbs tweeted.”

Did the cockroach have a swanky pad in a  5th Avenue cupboard?   Or was 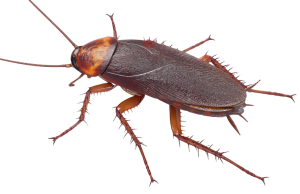 it a dreamer strolling around 5th Avenue seeing how the other half of his species lives?   Did he make it back to his home, or did he end up in an alley somewhere feeding his addiction?  Sadly, we’ll never know.

This wasn’t a cruelty case, or a hoarding case—a woman who had over 300 rats living with her in her van accepted help from the Humane Society in San Diego when 2 pet 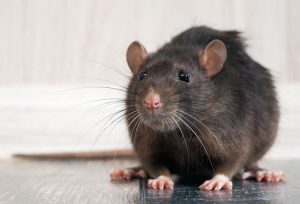 rats turned into hundreds of pet rats after they were fruitful and multiplied too quickly for her to cope with them. This is a case where something good came for the homeless woman trying to care for them.  Help, however didn’t come soon enough to escape damage to her van from the little critters. They chewed through the engine wires in her van, destroyed the upholstery, and were coming to and from the van which then prompted complaints and calls to the Humane Society from residents in the upscale area where she had parked the van.   The San Diego Union Tribune reports: “Cook said the woman told Humane Society officers she was sorry matters with her pet rats had gotten out of control. She wanted help. She agreed to turn them over. “This was not a cruelty case, this was a relinquishment, an owner asking for help,” Cook said, adding that the woman was not hoarding the animals.  “She was feeding all of them, had water for all of them,” Cook said. “This didn’t meet the standards of hoarding.” Rats have lots and lots of babies — a healthy litter consists of roughly 10 to 12 rats. They multiply fast — gestation usually runs four weeks — so it didn’t take long for two rats to become hundreds.”   Officials scooped around 320 rats out of the van.   Some of them are pregnant.  And they’re up for adoption.  The news agency concludes with good news for the lady living in the van:  “A GoFundMe page has been set up to help the woman living in the vehicle. As of Thursday, more than $4,700 had been raised to help her.

“She is an amazing person who has had a string of bad luck and if she loses her job it will be devastating to her,” the GoFundMe page states.

According to the page, the woman worked at the convenience store near where she had parked the van.

Cook said Humane Society officers have followed up with the woman, and she has found a place to stay.”  Sometimes good can come from an infestation!  But trust us, this is the exception rather than the rule for infestations!   More good comes out of controlling infestations with our products in partnership with local pest control professionals!

Read ” It’s Coming on Fall! Time for Rodent Proofing your Home and Business article” and learn more about RodeXit Proofing Strips for exclusion. 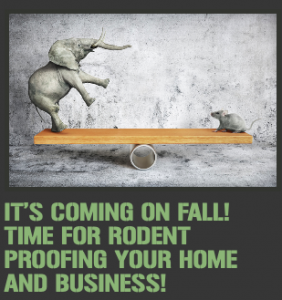 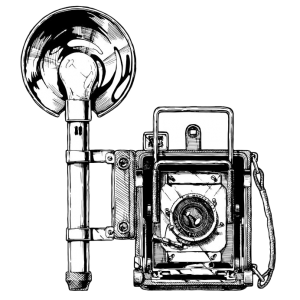 You know you’re famous when the paparazzi show up!   New York City rats have gone from being a nuisance complained about to 311 to being national celebrities after a photographer won an “Urban Wildlife Photographer of the Year” award!   Strike a pose!  Rats may not have been what Madonna had in mind,  but they certainly aren’t camera shy!  A photographer doing a photo project for National Geographic, got down and dirty with the rats, photographing them on their own level in New York City’s streets at night.  The Gothamist reports: “The resulting story noted that of all animals, humans possibly feel the strongest about rats—”Rats have a reputation for being filthy and sneaky. They’re seen as signs of urban decay and carriers of pestilence. More than any other city creature, they inspire fear and disgust. People hate rats.” Still, they’re photogenic little monsters.’ One of the accompanying photos — showing a group of rats doing their rat things on Pearl Street — was named the winner of Wildlife Photographer of the Year’s Urban Wildlife 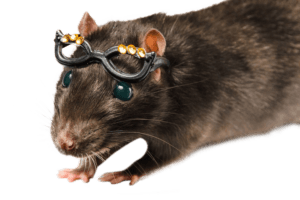 category. “  The city may not be happy to note that Wildlife Photographer of the Year’s description stated that efforts to control the rats are “largely ineffective,” after all the time and money they’ve expended on education,  rat-proof trash cans, rat birth control, cleaning up trash, and the latest most controversial method, traps that drown rats in alcohol.    If you want to see other stunning wildlife shots from the same contest, it’s worth a look!    The competition is sponsored by the Natural History Museum of London, and accepts wildlife photo entries from all over the world.  The next contest entry opens on October 19, 2019 and closes 12 December 2019.   Current winners will be displayed at the Natural History Museum  until May 2020 for around $30.00 USD/ £13.95 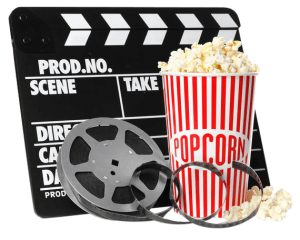 To conclude reaching out to creative family in England who on recent trip up in Northumberland took the time to write, practice this song about the The British Rat Trap Company, film it and emailed just prior to PestWorld2019.

Means the world when someone is in your corner, supports you from over an ocean away and despite the miles brings joy. So proud and thankful of them.

Please take a couple of minutes to watch,  Confident will make to smile! 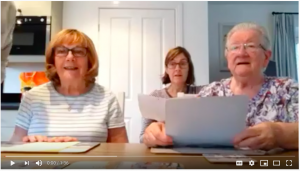