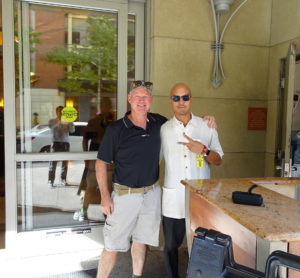 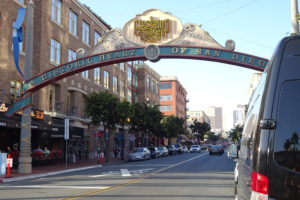 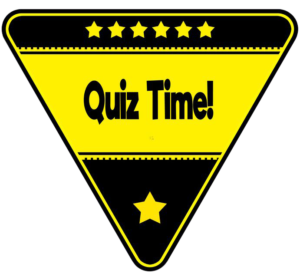 Last week’s quiz question: We know they can be pests but how do squirrels help the environment?

Answer: They have accidently contributed countless trees to our nations forests by forgetting about nuts and acorns they buried.

This week’s quiz question: How many species of rodents are there?

Ah Rome!   The Coliseum!  The Vatican!  Michelangelo and the Sistine Chapel!  Visions of Cary Grant and Audrey Hepburn tooling through the streets on a Vespa!  Cobbled streets and the very air of romance and piles and piles of trash—wait!  What??   Rome has been sacked and survived assaults from the Gauls to the Goths but it may be trash, the resulting rats and trash rooting wild boars that defeat it!  Rome is struggling under the weight of a lot of trash.   Believe it or not, Rome has only one waste processing facility, whose conveyor belts are also struggling under the weight of too much trash.  A belt broke down earlier this month, according to The Guardian, from being overloaded.    Pest control is good, but we know you’re asking the same question that is on our minds—wouldn’t building another waste facility be a good idea to stop the problem of trash piling up waiting for collection on city streets and relieve the burden on the other facility?  It’s gotten so bad that Roman citizens are revolting—by creating a Facebook Page called “Rome is Disgusting” and taking Rome’s mayor to task for the issue.   According to the Financial Times, even a visit by Vladimir Putin was welcomed because the city attempted to clean up the trash before the visit.  The Financial Times explains that corruption is entering the fray: “The city’s refuse has always been in the hands of a small group of private interests, 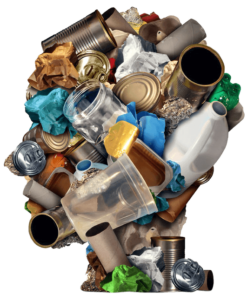 who, according to prosecutors, sometimes collude with organised crime. Six years ago, the Malagrotta landfill, owned by a garbage-disposal tycoon known as Il Supremo, and the only big site devoted to the city’s garbage disposal, was closed after EU authorities ruled it unfit to treat waste. Since then, Rome has been left without a significant site to dump or treat the 1.7m tonnes of trash it produces every year. Most of the garbage is shipped to other Italian regions or abroad, while the remainder is usually sent to incinerators and plants in the Lazio region, which are reaching capacity. With the two plants closed for maintenance, the incinerator operators say they are unable to burn all of Rome’s refuse. Romans pay one of Italy’s highest municipal-waste taxes, but successive mayors from different parties have failed to find a solution to the waste emergency.”    Until a solution is found, it’s buffet time for the rats and boars!  Calling pest control

is a great solution, but if the core issue isn’t addressed, the rats will just keep coming back.    While we hope you don’t have wild boars rooting through your 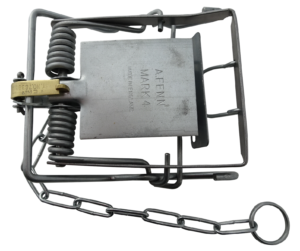 trash and we assure you that boars don’t fit into our traps, we can help you with your rat problems!   Once you pick up your trash and use exclusion measures like bait boxes, traps, door sweeps and proofing strips on doors,  fences and more to keep rodents out, most of the battle is won!   We can’t really do anything about corruption, but we can at least help keep egregious rodent pests at bay!

The Rat Invasion That May (Not) Have Been 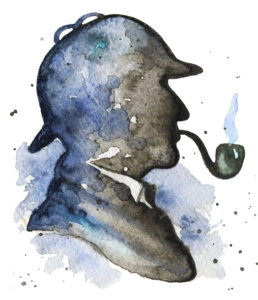 Sherlock Holmes might scratch his head at this one. It has the requisite mystery and intrigue of any great mystery story.   A video posted on social media that purports to show rats running all over a local DC pizza restaurant went viral and  got the attention of Washington, DC’s Health Department, who immediately started an investigation.  The owner of the restaurant immediately cried foul to the video, supposedly submitted by a former manager.  Patch.com explains “However, the Washington Post reports that the owner is claiming that a fired employee might be to blame, and the video is in fact 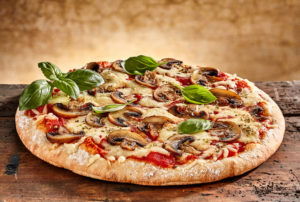 from years ago. He also disputed that the fired employee was a manager as claimed in the social media post.

However, he did acknowledge that the video shows rats in the shop, just that it hasn’t happened for years and that he pays a pest service to keep the place free of rodents.”  Here’s where intrigue enters:   The owner says he’s the victim of a disgruntled employee and the video was revenge for firing said employee. Washington Post reached out to the original poster (who claimed to be a former manager), but the original poster did not respond. The Washington Post reports that health inspectors did not find any rat droppings, and mostly dinged the place for minor violations. ““There were no indications of rat droppings or anything inside the establishment,” said Alison Reeves, a spokeswoman for the health department. Still, inspectors shut down Dupont Pizza for, according to the report, “no hot water and operating a food establishment with circumstances 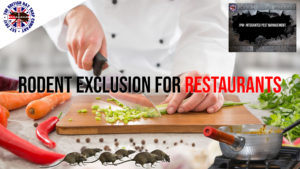 that may endanger public health.” Sarica was on the phone with health officials on Friday, trying to arrange a follow-up inspection so that he could reopen his business. (The inspector arrived Friday afternoon, and Dupont Pizza is back in business.)    Good for the restaurant for partnering with a pest control professional to keep his restaurant rodent free!   That’s what we recommend when putting together a good IPM program that includes exclusion measures!

Let us know if attending PestWorld2019 this coming week – Expand knowledge about exclusion.

Meet Bjorn Von Ryberg co-founder and co- inventor of RodeXit Proofing Strips at PestWorld,  a wealth of knowledge on effective innovative scientifically proven solution for exclusion of Mice and Rats. 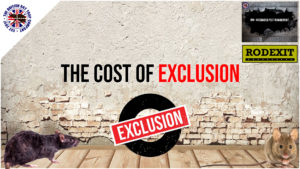 Related to merits of adding exclusion if not already in place, as a profitable service for your pest control company, this recent article may prove helpful.