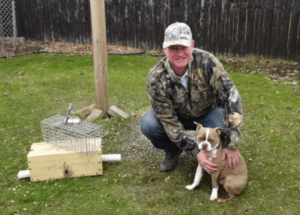 It’s a wild, wild world this edition!   600 rats mysteriously washed up on South Island beaches in New Zealand, prompting beach closures and warnings to dog owners!  Need to get rid of rats?  Buy a macaque

monkey!  They’re great ratters as banana plantation owners are finding out in Malaysia!   If you don’t pay your cable bill in Troy, Alabama, the rats (or squirrels), maybe both, will literally cut your cable with their sharp little teeth!    Rats in Chicago have gained the upper hand, prompting Orkin to put the city at the #1 position in the 2019 Rattiest Cities List!”   Maybe the rats from Chicago took a cruise to NZ and that’s why they’re washing up on the beaches?  Rat Poseidon Adventure?  Rat Titanic?   Who knows?  Welcome to the world of pest control!  Often wild, perplexing and just downright weird!

Last week’s quiz question: What are the oldest rodent fossils discovered so far?

Answer: The rodents are from the suborder Caviomorpha, the group that includes living rodents such as guinea pigs, chinchillas and New World porcupines. The oldest fossils from this group are only about 32 million years old in central Chile and about 30 million years old in Patagonia, Argentina. 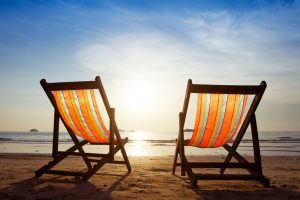 Imagine a day at the beach.  You’ve got your lounge chair.  You’ve got your Coppertone. You’ve got your Mai Tai. You lay back, basking in the warm sun and the sound of the ocean washing up on shore, the sea birds calling.  You decide to get a snack and swing your legs out of your lounge chair and your foot falls on something wet, slimy, decomposing and….cold.   Eeeeek!  It’s a dead rat!  You look around and see hundreds of small, dark bodies littering the golden sand.  Your nose detects a funky smell. Suddenly, you 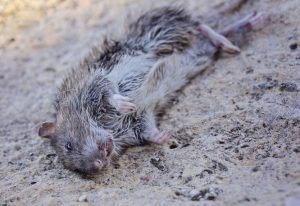 don’t want your snack anymore. This was the sight that greeted officials on Westport Beach as 600 rats washed up there alone.   There are hundreds more washing up on numerous beaches and nobody knows why.   Authorities figured the rats had been dead and floating in the ocean a couple of days and one theory has been reported by Newshub: “Western South Island operations director Mark Davies says it’s “not inconceivable the rats could have washed out of the hills by heavy rain” that followed a 1080 operation at Te Maruia in the Lewis Pass National reserve recently. “The Te Maruia and Inangahua river catchment feeds into the Buller River and had a plague of rats treated with toxin a week ago,” the statement said. But while it is possible rats came from there, “reports of dead fish and birds, along with the rats, are not consistent with the way 1080 is understood to work”. That was also 140km away. However, Davies said until more was known, it would be 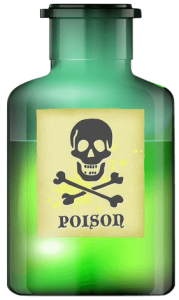 presumed the rats were poisoned by 1080.”   Obviously you don’t want your dog eating dead rats, so dog owners have been warned off the beaches until tests come back on the rats-which can take 48 to 72 hours.   If it is poison that had a hand in this, that if the case has not been administered correctly or managed ,that isn’t a welcome sight for sure.   Dead rats pose serious health risks.

Monkeys As Ratters in an Oil Palm Plantation?

Well, the adage about cats chasing rats or being good ratters may be a thing of the past!   The news is getting out about how delicious rats are to macaque monkeys (more accurately, the southern pig-tailed macaque), 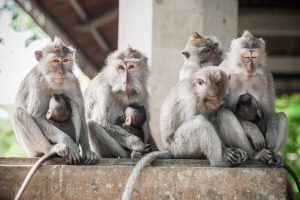 and banana plantation owners are taking notice!  You might think it’s a problem having monkeys guard an oil palm plantation, but surprisingly, the macaques don’t eat as much of the fruit as the rats do—and the macaques seem to like snacking on the rats more.  According to Medill Reports, researchers say ““We looked at the amount of fruit the macaques actually eat, and it is really low compared to what the main pest – the rats – eat. It’s less than 1% per macaque group, compared to 10% of damage by the rats. The researchers were able to determine, through trapping rats and behavioral surveillance of the two different macaque groups, that the monkeys ate about 3,135 rats per group. Holzner and the others then equated these numbers with the amount of oil palm fruit consumed by each macaque study group. The result dropped the rate of crop damage to just under 3%. Regular visits of the pig-tailed macaques could actually benefit the plantation owners, the study concluded.”   Great for sustainable agriculture, yes? Yet the

monkeys aren’t a hit with oil palm plantation owners, largely because of the mistaken belief the monkeys will eat a lot of their crop. So they chase them away. They  misidentify species that make the pig tailed macaque look bad—species such as the long tailed macaque which do eat a lot of fruit for instance.  Malaysia and Southeast Asia make up 85% of the world’s palm oil production.    What an interesting idea!   Can you imagine if American pest control companies let loose a pig tailed macaque in a city apartment building and let it clean house?

Didn’t pay your cable bill in Troy, Alabama?  The rats will cut you off!

Just kidding. This story doesn’t have anything to do with delinquent bills. But a rat (or maybe a squirrel)

DID cut the cable line in Troy, Alabama Wednesday, depriving customers of TV for a little while! WFSA News reports: “Rats!! Or a squirrel. Troy Cablevision isn’t quite sure which is responsible for its lost transport on the main line being experienced by customers Wednesday. The company says it was told it lost transport due to either squirrel or rat chewing on the main line.”    Not to worry!  Service was soon restored.  The company provides service to over 75,000 customers.

Orkin’s “Rattiest Cities” List for 2019 has just come out, and Chicago is #1 for the fifth year in a row.  ABC7 in Chicago adds: “New York and Los Angeles take second and third place, with San

Francisco-Oakland, Washington D.C. and Philadelphia rounding out the top five Rattiest Cities. The metro regions were ranked by the number of new rodent treatments performed from September 2018-2019.
The National Pest Management Association said 24 percent of homeowners report mice infestations specifically in winter, when the rodents seek shelter in warm areas.  The city is ramping up efforts to control rodents.  ABC7 reported in an earlier article “The Department of Streets and Sanitation has added seven new rat control crews that will service more neighborhoods on a daily basis and improve response time for 311 calls.” 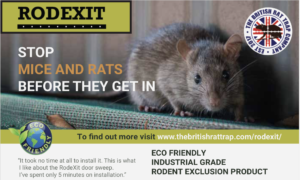 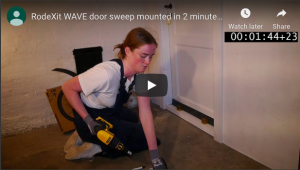 for even a mouse to penetrate. 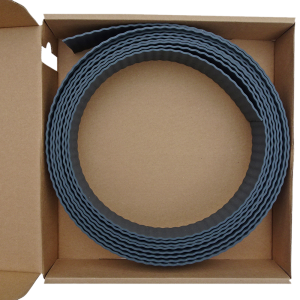 and more in the Food industry, Public housing, Warehouse, Residential, IPM and other applications that require exclusion. 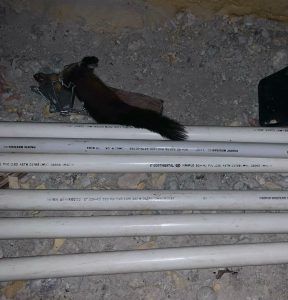 Finally a Fenn Trap customer , who’s customer was having pest issues where a couple of Martens had accessed crawl space, causing havoc,  deployed the MK6 Fenn Trap and sent the image of success in trapping the pest. 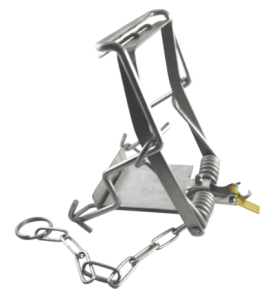