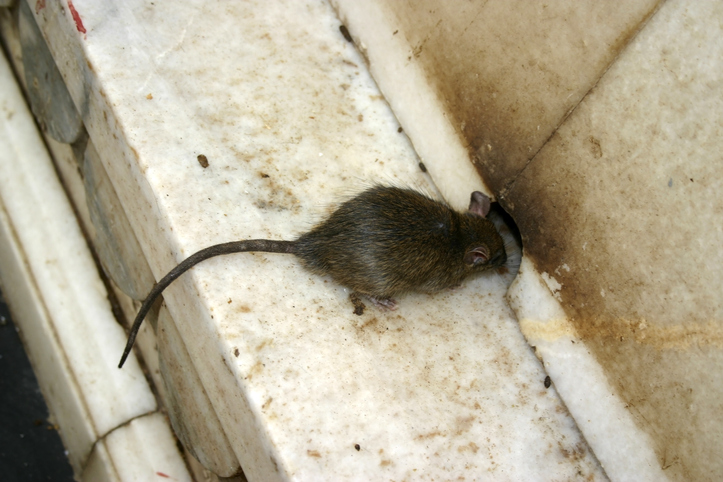 In this edition, we’ll be looking at the effectiveness of natural predators in rodent control in lieu of baiting with poisons in Capetown, South Africa!    For intrepid New Yorkers, it was just another day’s commute as they lifted their feet for a rat intent on getting to his destination, and it was all caught on phone!    On a more somber note, a little girl got sick from her pet rats, and the mother just wants everyone to know if you’re going to have a pet rat, please wash your hands. 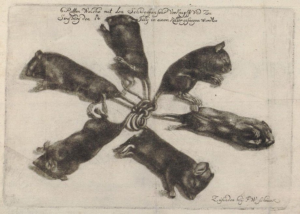 Answer: Its when a group of rats gets their tails so intertwined they get knotted together! The earliest recorded instance of this phenomenon was recorded in the 16th century in Belgium.

This week’s quiz question: What’s a physical trait rats share with humans and two organs we have that they don’t? 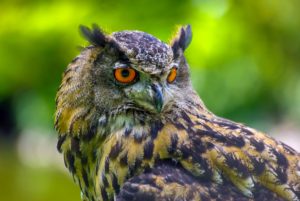 In order to deal with their rat problem, a Capetown, South Africa school is teaching the world the wonderful efficacy of using natural predators to control rats rather than using rat poison, because they didn’t want to accidentally kill other animals. Their idea?  Build owl houses on the school grounds!  Capetalk.co.za reports: “Owls have long provided a natural way to control rodent infestations. This is the advice given to Rallim Prep after the school launched in Sunningdale, Cape Town. Residents living next to the school are concerned about the rodents that infested their homes after the field was cleared to build the school.”  The 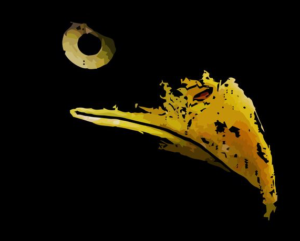 principal added that she likes the owl box idea because it is environmentally friendly and provides a learning opportunity for the children.   And so, it does for us all!   Hawks and falcons are also natural predators of rats.  The Barn Owl Trust says that along with encouraging owls to live and clear out the rats, one should also 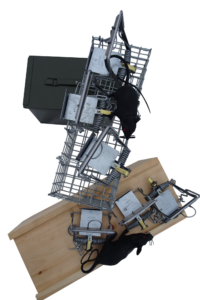 remove potential sources of food for the rats such as trash, and remove whatever the rats are living under or behind, and instant kill snap traps baited with hard foods to go along with the natural predators. Our long life- industrialized Fenn traps are perfect for the job!   In concert with our specially made wooden, ammo box or cage tunnels, preventing non-target animals, pets and children from interfering with the traps, maintaining an effective, environmentally friendly pest control method.

It was just another commute for busy New Yorkers using the subway, a major form of

transportation for those needing to get to work, or the restaurants and cafes around the city, to a friends, or maybe the city museums.   ABC7.com reported there was a little commuter under the seats, who may have had a degree of difficulty debarking off the subway, but luckily, he had a trick up his sleeve!  All he had to do was be seen, for the crowds to part before him like Moses parting the Red Sea.   As soon as he was seen, a human New Yorker pushed “record” on his phone, and his essay down the aisle began.  Feet went up, and commuters stood on their seats to allow him to pass. How calmly this took place is 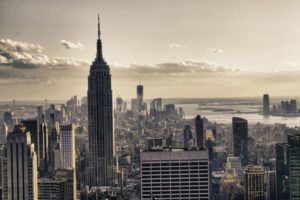 recorded for posterity.   The rat disembarked at the 42ndstreet stop, and the last the other commuters saw of him, he was scampering up the stairs to 42ndstreet, his destination a mystery, closing another chapter of the interesting relationship New Yorkers have with their rats.  Commuter Rat thus joined the hallowed ranks of fame shared by Pizza Rat and Avocado Rat.   Perhaps he went to a museum, or a tea shop, or one of the many fine dining establishments New York has to offer!

Pet rats can be such lovely companions.  They are smart, affectionate, playful, and keep

themselves very clean.   However, they can also carry an infection known as rat-bite fever.   Fox6Now.com explains:“Rat-bite fever is a bacterial disease which can cause a rash, fever, and body aches.”  The little 8-year-old may have contracted it through the eczema on her hands as the infection enters the body through rat

saliva into open wounds.   She had a 106-degree fever, lost the ability to use her hands and arms, and had a whole-body rash.  They ended up having to get rid of the rats, but the girl’s mother advised other pet rat owners to wash their hands. According to the CDC, complications of rat-bite fever can include: 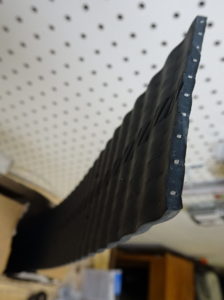 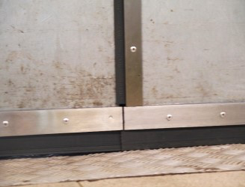 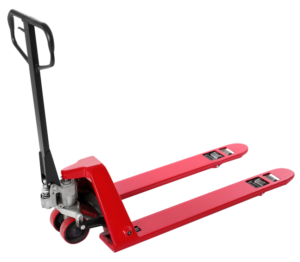 When proofing threshold gaps of manual single and double doors, use the WAVE RodeXit proofing strip 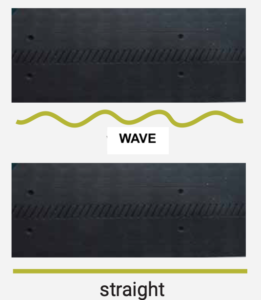 When proofing, securing the astragal gap of double doors, both the STRAIGHT and WAVE RodeXit proofing strips may be used, we recommend the STRAIGHT version for this application.

We are thrilled to see a PMP helping his commercial customers

resolve a pest issue at a restaurant, using the RodeXit proofing strips. 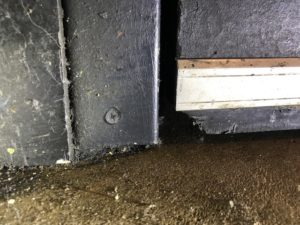 “I replaced rubber door sweep this time, you can see on first picture mice chewed right through this thing, this is mechanical room door leading into dining room of the restaurant.

This restaurant located inside of apartment building that we don’t service, so exclusion is very important here and RodeXit will do the job!! Now all mouse traffic should stop.” 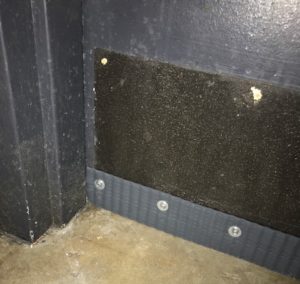 He commented and kindly sent images of installing the WAVE RodeXit proofing strip in a restaurant, replacing a doorsweep that mice had chewed through, gaining free access.

The images not only show the opening the mice 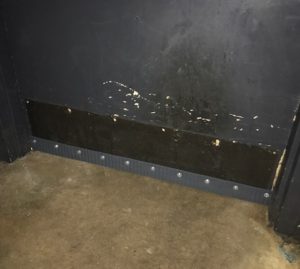 chewed through, it highlights the threshold gap under the door. In talking directly with them, he emphasizes 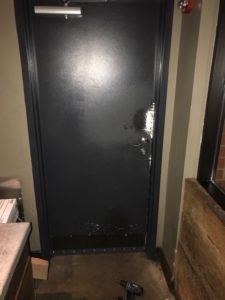 ease of installation of the RodeXit product.

We greatly appreciate their business and thanks to them for sharing photo images and comments.