One thing we love about rats is that they are always finding newsworthy ways of freaking us out.   In this week’s newsflash, we’ve got a rat on a plane, rats that drove a family out of a South Minneapolis, Minnesota home, and rats enjoying Popsicles!

Rat who attempts international vacation caught; his vacation and his life cancelled with fumigation

As reported by the Times of India, a stowaway rat was found on board a flight from New Delhi to San Franscisco yesterday as it was taxiing down the runway.  As per policy, the plane returned to the terminal for fumigation.   The flight was delayed 9 hours and refitted with a new crew before it was ready to take off again.   The rat may have entered via catering vans, and food that passengers drop on the floor also attract them.  According to the article, “An aircraft needs to be fumigated after a rodent is sighted to ensure it is eliminated and does not pose a threat to safety by cutting electric wires and sending the systems haywire. “Rats on board an aircraft can lead to a catastrophe if they start chewing up electric wires of a fly-by-wire plane. If that happens, pilots will have no control on any system on board leading to a disaster,” a senior commander said.”

KSTP News in Minneapolis, Minnesota reports that eleven rats found their way into a South Minneapolis home this week through an open sewer line that provided entry into their basement.   Photos show a little rat face peering through the opening of the pipe with the result that the house’s residents fled and are so spooked they won’t go back to the house until they are sure the rats have been evicted.   They have spent hundreds of dollars on pest control measures and they feel that the city ought to reimburse them since it was a city sewer technician that forgot to put the lid back on the sewer after he was done fixing a clog (a clogged sewer—that’s almost enough right there to put you off your lunch permanently!)  The city has since replaced the lid, and is currently working with the homeowners to resolve the situation.

King of Pops is an Atlanta, Georgia based company that makes popsicles sold at health food stores like Whole Foods; they pride themselves for using locally sourced ingredients and sustainable practices. The all natural, locally sourced theme went a bit far when WFMY reported that FDA inspectors found 55 rat poop pellets underneath a food rack at their Charleston, SC facility earlier this month, and promptly shut them down.   Everybody loves popsicles so we get why rats would want to get in on the action—the company makes 500 flavors, so there’s something for everybody!   The company has been working hard from a PR perspective assuring people on their Facebook that they are dealing with the problem effectively and want to earn back the public trust in their treats.  They are currently waiting on the FDA to approve the actions they’ve taken to clear the factory of the rats so they can open up again.  No more popsicles for rats.   Rat kiddies will be devastated! 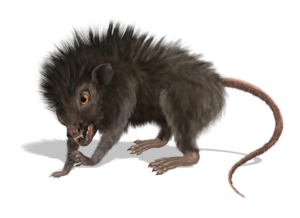