Rat Horror Stories: Draw Up a Chair and Don’t Read This Before Bedtime 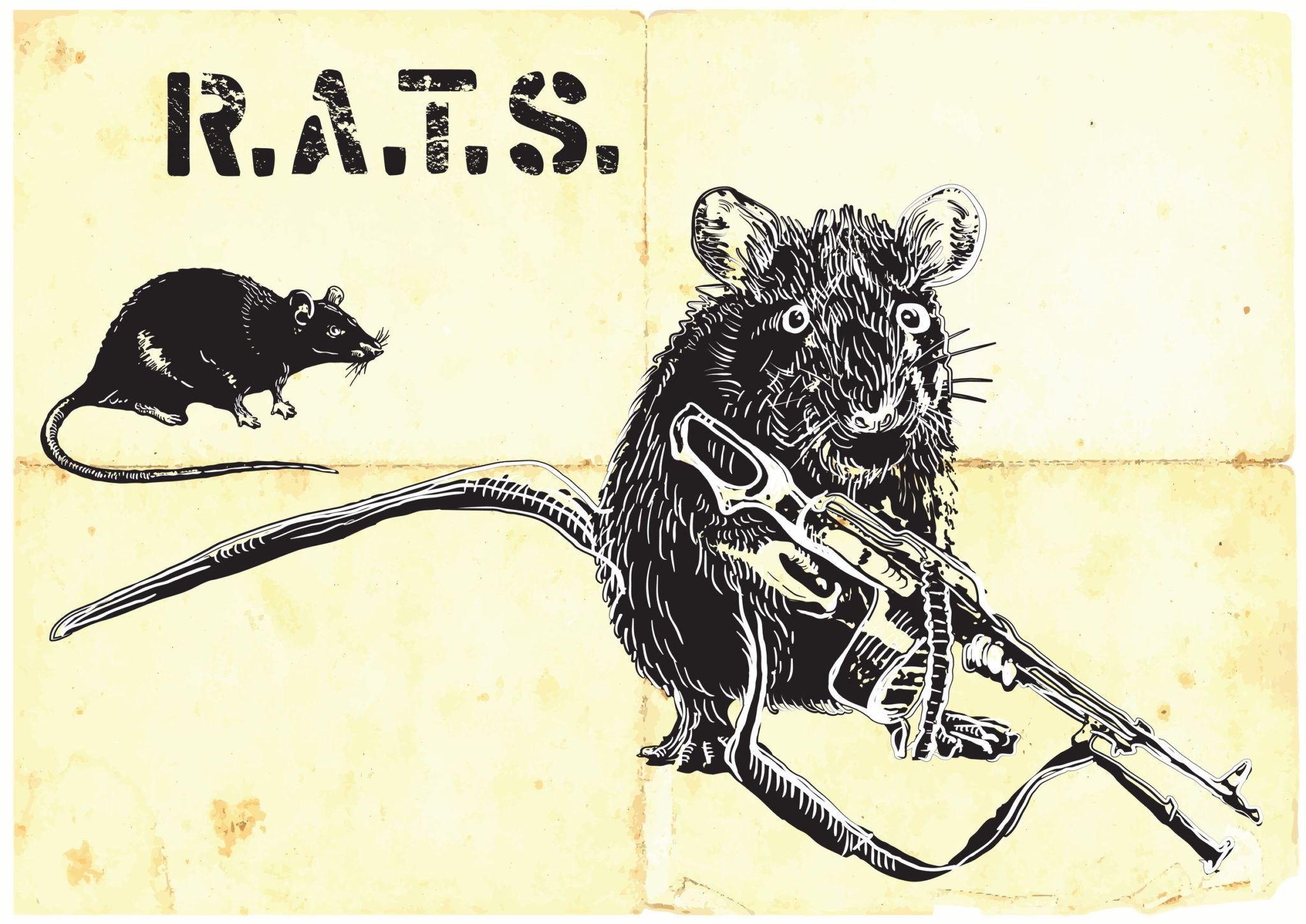 We humans live a bit uneasily with rats, and while we’ve accepted rats are a part of life, evidenced by the movies we make about them that are either comedic, cute (Ratatouille, An American Tail, Flushed Away), or horrific (Willard, Ben, Rat), we also can’t quite get comfortable with them and for good reason—they do things that you can’t talk about in polite company.   Gross things.  Horrific things.   See—you’re intrigued already, and you want to know…. don’t you?

Rats love eating dog feces.  (I have to say “feces” because this is a professional blog, but you know what I’m talking about.  This is the bit where you’ve just put down your dinner fork and are turning a pale shade of green.  But you can’t stop reading, can you?)   If you leave doggy doo in the back yard, it’s like a rat smorgasbord where they don’t have to pay—but you’ll have to pay and pay big if you don’t pick up after your dog.  You’ll pay emotionally when you see a shape moving in the corner of the kitchen and discover those shadows are huge rats, and you’re standing on a chair screaming for help that doesn’t come if you can’t reach the phone.  Unfortunately, that chair won’t save you.  Rats can climb.  You’re going to think you’re live casting the movie “Willard” and who knows how much you’ll have to pay a psychiatrist so you can sleep at night without hearing the scratching and squeaking and rats milling about on the linoleum after that infestation.   You’ll pay out of your pocket too for the exterminator, who is not going to be afraid to show you the truth after he spends a day in your home and ends it hauling out a big sack of dead rats you didn’t even know were living with you.  All because nobody picked up after Fido.

Rats eat human flesh.  Oh yeah.  You’ve heard the stories like the one in Arkansas in May of this year where the teenage parents left a baby home unattended, and the baby received over one hundred rat bites for which the parents were rightly cited for child endangerment.  The baby had to undergo facial reconstruction surgery for the bite on its head.  The reason rats bite babies, according to Dr. Curt P.Richter of John’s Hopkins in a 1945 article in JAMA, is because rats like human blood.   When a human  is bitten they can contract rat bite fever. According to a journal article written in Clinical Microbiology Reviews,  the youngest case of rat bite fever was in a 7-month-old infant, and the oldest case was in an 87 year old man.  Thirteen percent of people who are bitten and contract rat bite fever die.

Never mind picking up a rat by the tail and tossing them out your apartment high rise building window. They can survive a fall of five stories.  As we previously mentioned they can squeeze into the tiniest spaces to get in, and swim up your plumbing pipes into your toilet.   They spread up to 35 diseases, including bubonic plague, which is still a thing—3 cases were diagnosed in Santa Fe, New Mexico this year.   Pesky fleas they carry can hop onto your dogs and cats and then you.

And finally, the Rodents of Unusual Size from the Princess Bride aren’t fiction.   Never mind those silly “super” rats filmed in the UK and North America you find on YouTube.   They’re not really all that big—camera angles just make them look bigger than they are. The really bad boys live in Papua, New Guinea—the Bosavi Woolly Rat.   They’re the size of a Dachshund at 32 inches and weigh almost 4 pounds, but you won’t want to be carrying one of these in your purse.   If it makes you feel any better, the stories of giant sewer rats are only the stuff of myth. It’s the smaller rats crawling up your pipes into your toilet and invading the rest of your house at night while you sleep that you should be worried about.

2 thoughts on “Rat Horror Stories: Draw Up a Chair and Don’t Read This Before Bedtime”