O Canada! America’s Neighbor to the North Stands on Guard Against Rats Part 2 of a Two Part series 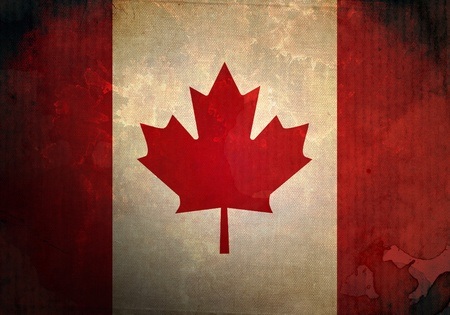 In the first part of this series, we discussed British Columbia, Saskatchewan and Alberta.   In the second part, we’ll have a look at the provinces of Manitoba, Ontario (where Toronto is #1 for rattiest city in Canada!) and finally, Quebec, which is having problems of its own.

In Manitoba, as in many rural areas in North America, a problem that doesn’t get talked about much probably as it is so common as to be expected is the damage that rats and other rodents do to automobiles. They can make nests on the engine, chew through wires and brake lines, and otherwise total out a completely great ride.   Fixing the problem can be messy too, from disassembling cars to get to the rats and of course, putting the auto back together.  Last year, Toronto Metro reported that Manitoba Public Insurance, a non-profit Crown insurance company that has been providing basic car insurance since 1971, saw a sharp increase in rat claims filed by auto owners, which hit the company to the gnawing tune of 35 million dollars for the time period between 2012 to 2015.  Costs for 2016 alone were nearly 15 million dollars.  In order to save money, the company, which says some claims are taking too long to close, used to do contracts to remediation companies for remediation and restoration work, is now allowing exterminators to trap and kill the rats, so less business is going to remediation companies.  And in Centretown, Manitoba, apparently the rats are so big they are being mistaken for squirrels when they run up the maple trees.   Garbage being left around by area restaurants and other residents seems to be the attractant, and there is no word as to how the city is dealing with the issue.  In Manitoba, however, at least when dealing with rats in residences, the government policy seems to favor setting traps over laying poisons.   The province, while mentioning chemical pest control as a method, advocates greener control measures such as laying synthetic pheromones in traps, using insect growth regulators, and non-volatile baits such as boric acid.

We’ve written extensively about the rat problems in Toronto, given the questionable honor of being the #1 rattiest city in Ontario according to Orkin’s ratings.  Southern Ontario is the most densely populated area in Ontario so on one hand this isn’t surprising given that rats are attracted to more populous areas.  In Hamilton, which is a city in Southern Ontario, as well as Sudbury to the far north, rats are on the rise.  CHCH.com reports that the City of Hamilton (which is the 5th rattiest city in Ontario!) says that rat complaints have doubled this year, and at least one pest control company, Skedaddle, couldn’t be more pleased because business is booming.   The city is advocating covering trash, not leaving pet food or bird seed in the yard, and putting proper coverings on vents on houses.   Meanwhile, Atlas Obscura reported in Sudbury, Ontario just three weeks ago rats were singlehandedly responsible for time warping Laurentian University back into 1980 when rats chewed through the fiber optic network and brought down the internet campus wide.  The article quipped “Luc Roy, Laurentian’s chief information officer, figured out the problem. After addressing it, he had some advice for the perps: “If there’s a rat listening, I would caution it [not] to eat fibre because it’s glass at the end of the day,” he told the CBC. Roy also suggested that this type of outage be named a “rat,” just as a software glitch is called a “bug.”  Rats seem to be attracted to eating new eco-friendly wire coatings, which are commonly made out of soy.  I don’t think the manufacturer had rats in mind when it was thinking to be more environmentally friendly!  Unfortunately, with rats come disease, and in Ontario, 3 cases of Seoul disease, which is linked to rats, have been diagnosed this year.

For one poor woman, the movie Ratatouille came to life when she bit into a decomposing rat in her salad in Quebec City, and has since filed legal action against the restaurant. Meanwhile, MTL Blog reports Montreal is experiencing a rise in rats, with estimates that the city is infested with over four million of the rodents, and 1 in 3 homes estimated to have rats. Construction and sewer work are to blame, coupled with a mild winter last year has compounded the issue.  MTL Blog’s advice to deal with the problem is quintessentially—Canadian.   They advise everyone in Montreal to grab a hockey stick, and exterminate at least two with extreme prejudice.  If everyone in Montreal does it, the blog says the problem would be solved.  We recommend a more pragmatic solution—Montreal, why not use our industrial strength rat Fenn traps? 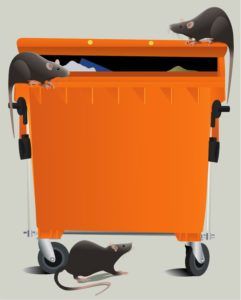