O Canada! America’s Neighbor to the North Stands on Guard Against Rats Part 1 of a Two Part series 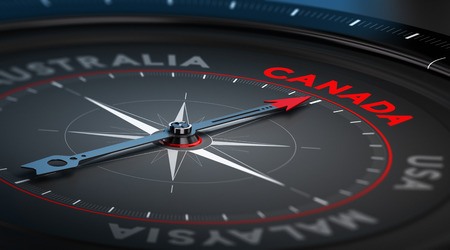 Canada, our neighbor to the north, like the rest of North America, has a rat problem.   Controlling rats is a hot topic, and a site called Rabble.ca is dedicated to discussions on which method works the best in controlling them, from poisons to high pitched noise only the rat can hear to drive them away to plugging holes with steel wool, using sticky pads, eliminating food sources and traps.  Clearly Canadians are concerned, and on this message board as in other places, there’s always an Albertan to boast about their province’s rat free status—but we are still asking, at what cost? The ways Canadians have found to combat rats from Vancouver, BC, to Toronto, Ontario, which has  been cited by Orkin Pest Control as the #1 rattiest city in Canada as we explained in a previous article we posted, are both creative and interesting.   Let’s start on the Pacific coast and work our way east, and see what our Canuck friends are up to.

British Columbia is a province of contrasts, from rugged mountains and forests to the bustling modern metropolis of Vancouver, and how it is getting rid of rats is just as much of a contrasting endeavor.   There is Jack, a rat terrier, a breed that has historically been bred and trained in its vocation of killing rats, and Vancouver’s only rat extermination dog, who is, as the tagline of the CBC article suggests, “cute, cuddly, and a killer.”    He’s killed 36 rats, 11 mice and two squirrels (the squirrels were by mistake. A rodent is a rodent after all).   Jack was also trained by a former customs officer to sniff out bed bugs, so he’s a good all around dog to have when you need to get rid of nearly any kind of pest.  He’s so popular in Vancouver, his owner says he’s never needed to advertise Jack’s services, because there’s never been a shortage of word of mouth referrals.  A true Canadian, he loves watching Canucks games, and is as friendly and polite as Canadians are reputed to be.

Meanwhile, elsewhere in British Columbia, scientists have developed a three-pronged approach to trap rats orchestrating the rat’s own sex drive to be its downfall.   As Shakespeare says, “The course of true love never did run smooth.”   A team at Simon Fraser University in Burnaby, BC has developed a rat trap that uses synthetic rat sex pheromones, food scents and baby rats sounds to lure them to their untimely demise.   The trap looks like a traditional bait box, with a snap mechanism that breaks the rat’s neck.. Rats are so destructive to crops, spread disease, and threaten endangered animal species, so this method promises to yield results and could be on the market by next year.  The team has developed the trap in order to reduce reliance on chemical pesticides, which as we noted in an earlier article on the topic, does real damage to people, the environment (land and water), and has unintended consequences by killing wildlife that eats the poisoned rat.

Commend this innovation by the scientists, interested to learn more about the quality of the traps being used, hopefully artillery industrialized strength for longevity. We would be honored and humbled to collaborate with scientific team at Simon Fraser University in Burnaby, BC.

Traps such as our Mark VI, found in our Arsenal page, are clearly worthy of consideration.

Alberta and Saskatchewan:  Trying to Get Together on the Rat Problem

One province is proud of its debatable “rat-free” status which it has achieved consistently for over 50 years, using over 10 tonnes of chemical poisons a year inside the province and along its border with the province to the east of it to prevent rats coming in, and Alberta has banned having even a pet rat, in case the pets are let loose or escape and start breeding.  The reason this rat free claim is debatable is because of recent articles detailing infestation after infestation which is quickly controlled—yet the rats keep coming back. The Globe and Mail article goes on to say:

Alberta’s war on rats started in 1950 when the rodents were first found in the border hamlet of Alsask, Sask. With the Rockies to the west, badlands to the south and vast forests to the north, Alberta had never had rats. But after two centuries of slow progress west from the port cities of the East Coast, rats had finally arrived at Alberta’s doorstep. With a post-Second World War government that wielded significant resources, understood agriculture and feared the damage that rats could do to crops and buildings, the Alberta government created the rat patrol.

The Social Credit government of the day also established a rat control zone that stretches 29    kilometres into Alberta along the Saskatchewan border. The control zone starts at the U.S. border and continues to the northern forests near Cold Lake, Alta. There are about 3,170 farm sites within the zone and each is inspected annually. Special attention is lavished on older    granaries with wooden floors.

It finds itself embattled with its neighbor, Saskatchewan, who is not as militant about its rat issues.  We discussed in an earlier post that Alberta is almost completely dependent on Warfarin (and sometimes fire) to kill rats and while this programme has worked, nobody has been able to calculate two things—how much money in fifty years Alberta has saved the province and farmers (some estimate perhaps it is millions of dollars in crops and pest control), nor does anyone seem to know what the collateral damage is from using that unbelievable amount of poison to kill them.   The Globe and Mail reported in 2015 along the Alberta-Saskatchewan border that a team of eight pest control officers are tasked with dealing with infestations along that border and that they have a no-prisoners approach to killing rats on the Saskatchewan side.   A farmer had rats underneath an oats granary and the Albertan pest control officer said if that granary had been in Alberta they would have pulled it up, spread poison to kill the rats living underneath the granary with shelter and an almost unlimited supply of food.  Or, they would have just torched the whole thing with a flamethrower a la the film Inglorious Basterds  when they torched a movie theatre full of Nazis by flicking a cigarette on celluloid film.

For some reason not explained anywhere to be found online, Alberta seems to have phased out snap traps, making poison its top solution for killing rats.   The pest control officer, who has been working at his job for over 40 years summed it up succinctly when he said, “Poison just works the best.”

Saskatchewan is not so certain.  While they agree something has to be done so the rats don’t end up in Alberta, they’re not sure what the best solution should be so they use a four-pronged approach: pesticides/fumigation, traps, permanent bait stations and educating the public to rat proof their homes and farms.  Farmers use cats, poisons and the province itself has stepped up its rat control measures which has resulted in two thirds of its municipalities being rat free, with projections the entire province could be rat-free within ten years. 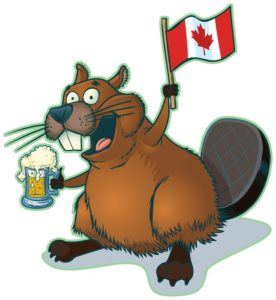