Horror from Above: Rats Can Live In Your Ceiling Too! 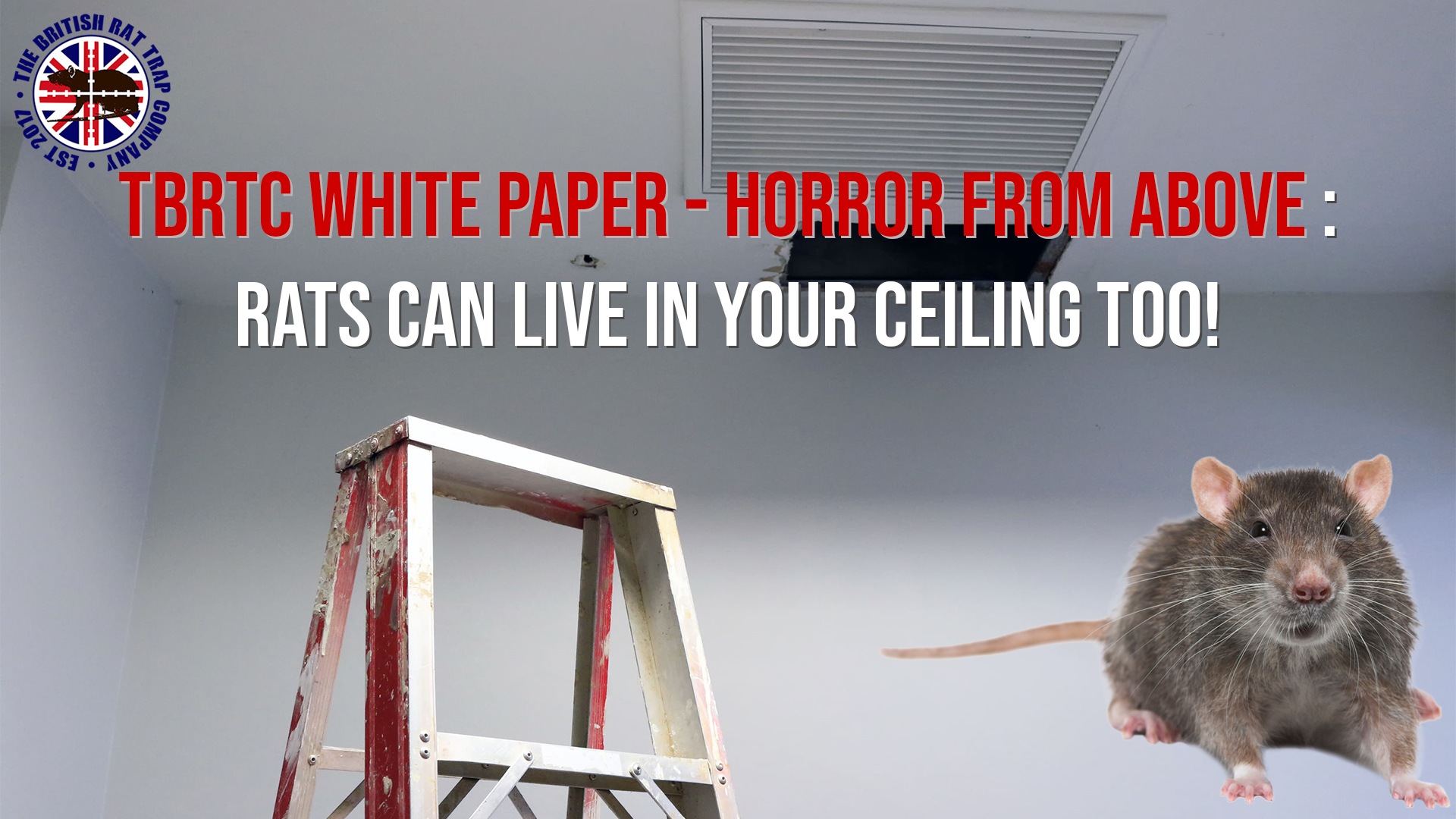 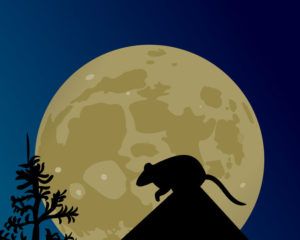 If you’re hearing scuffling and scratching above your head while you settle in for the night to binge on Netflix, it may be squirrels, raccoons or it may not be!   It may be rats living in your ceiling, and believe us, you don’t want that kind of action.

Why?   Let us tell you some horrifying tales…

In China, a lady was enjoying her bowl of noodles in a local 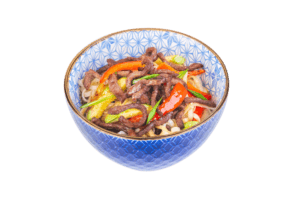 restaurant when she caught something out of the corner of her eye from above.  This was no angelic visitation, however…because mere seconds later, “whap” horror from hell hit her table and landed right next to her noodle bowl!  Screams may have commenced, but the rat had fallen from the ceiling after probably chewing a hole through it.  It was a good thing the rat didn’t fall into her soup because it probably died from rat poison!

Doesn’t that just make you nauseous and your toes curl up?  Here’s another one that shows rats know no boundaries.  Recently Philadelphia 76er basketball star Joel Embiid had a post game press conference interrupted by rats in the ceiling above his head.  The sounds of scurrying and scratching were picked up by Embiid who kept staring nervously above his head,  then the press corps, who caught the sounds on video. 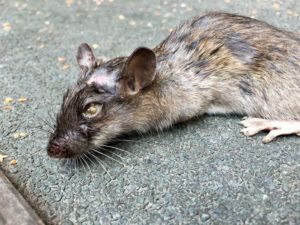 If a rat infestation is not taken care of in the ceiling, accumulations of droppings and urine can rot out the ceiling and you may have a whole mischief of rats (because that’s what rats in large groups are called), and you definitely don’t want thousands of rats falling on your heat all at once like that poor old lady in “Ratatouille.”  Now we understand she shot up her ceiling but what a way to discover you’ve got generations of rats living right over your head!  What are the signs you have unwelcome rats in your ceiling?

Rats are very active early in the morning and at night, so if it sounds like somebody is walking around in your attic, that very well might be the case.   According to Homeguides, If you hear scurrying, and scratching, you may have a problem.  Rats 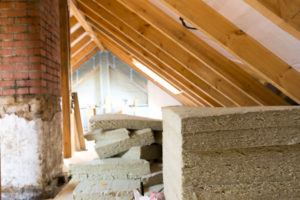 also continuously gnaw to control the growth of their teeth which never stop growing. They can get up in the attic by chewing holes through the walls to the ceiling.  Since they are not able to control their bowels, they will poop and pee in the attic and eventually if allowed to go on long enough, they can rot out your ceiling.  By that time hopefully you would have noticed stains appearing on the ceiling.  Rodentologist Bobby Corrigan who holds a doctorate in urban rodentology from Purdue University is known by students and colleagues as the “Rat Czar.”  The New Yorker says“ As a boy growing up in East Flatbush, Corrigan fancied himself a terrestrial Jacques Cousteau; rats were his fish. Now he and his wife split their time between Indiana and New York City.”   He says that “ rats benefit because 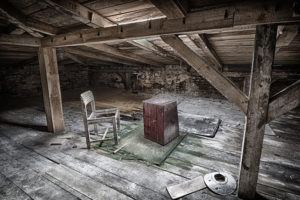 humans don’t communicate with each other,” particularly when it comes to putting together a coherent Integrated Pest Management plan—for instance, cities that want rodents gone, but they don’t want to go in and clean up areas that are attracting the rodents in the first place.   He says ceilings tend to be overlooked, and hence this article to raise awareness!  There are no quick fixes.   Holes that rats can use to get into your home or apartment buildings or restaurants need to be fixed.  Places need to be cleaned up and all sources of rat food, water and available home space for them needs to get 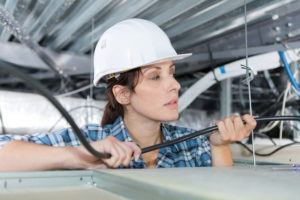 gone. Rats can live in the ceilings between floors in buildings, and even in drop ceilings with tiles          .  Attic-rat.com says “rats live in drop ceilings all the time – in commercial buildings, offices, even basements. Here, it’s a pretty simple matter to just get on a step ladder and remove some of the drop ceiling tiles, and set traps on the other tiles.

Who are the rats, and how to get rid of rats in your ceiling? 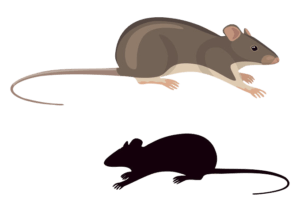 Norway rats and Roof rats are usually the culprits living in your ceiling.  Roof rats are black and smaller than the Norway rat (or brown rat).   They grow up to 18 inches, and their tails are longer than their bodies.  Their tails can be up to a foot long.  Roof rats have large ears with very little hair and pointy little faces. Unlike Norway rats, roof rats are good climbers, and nest in rooftops.  They also nest in trees, shrubs, woodpiles, and dense vegetation.   Indoors, they like to nest in upper rooms where heat rises and keeps them warm.  They also like attics, cabinets, ceilings, garages, inside walls and sheetrock, laundry rooms, patios, and pool areas. 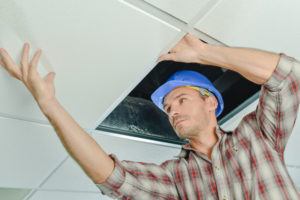 Norway rats on the other hand, love woodpiles and garbage piles and compost heaps. They’ll nest in your walls and basement, and work their way up in your home or commercial building. They can burrow, and enter your premises at night for food, then go back to their burrows so you have to look for possible burrow locations and get rid of the burrows.   Norway Rats usually are found nesting in crawl spaces and basements, but may be found in attics and ceiling areas if the population is large. These rats range from 50-150 feet from their nests.

Getting rid of them can be a challenge, when it comes to rodent control, there are no easy fixes. 247Wildlife adds: “In fact, depending on the architecture of your house, the rats are probably in the attic, which of course is the open space above your

ceiling. However, they can fit in very small areas, and I’ve dealt with many cases of rats running in between floors. I’ve had to cut many dead rats out of ceilings between the first and second floor. In addition, I often do rat control in office buildings, doctor’s offices, etc in the drop ceiling. I pop open the tiles and that’s where I catch the rats.”  So when the tiles are popped, they need to be 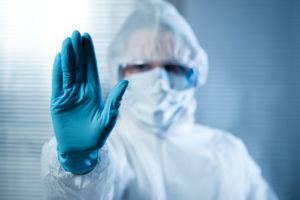 thoroughly cleaned or replaced.  You don’t want to get sick, and rats spread over 30 types of diseases to human, either directly or indirectly through urine and feces.  Wear proper protective gear like respirator masks and even a protective suit, gloves and goggles when undertaking a rat control cleanup project on your own. Use traps that have built in anchor chain, preventing rodent from dragging it into cavity space.   Repair any possible entry holes from outside the building and inside the building.  Outside cleanup and repair is essential!

What to do if you have no attic or crawlspace?

If you have no attic or crawlspace, this professional suggests setting traps on your roof: “Rats in the ceiling can be difficult to trap and remove especially if your home is one of the few that lacks a proper attic. Most traditional homes have spaces between the interior ceilings and the roof which provide a chance to set traps. If your home has no crawl space or attic space and the rats are in the tiny area between shingles and drywall, you will need to be more inventive on how you place the traps. Traps can be secured to the outside of the home, on the roof. For modern homes with this unique dilemma, the help of a professional is highly advised. These experts will be able to determine where it is most practical to set traps and how to secure them in awkward places.”

In an interview with Pest Control Today, Corrigan stresses the role of environmental management in rodent control, like cleaning up and getting rid of 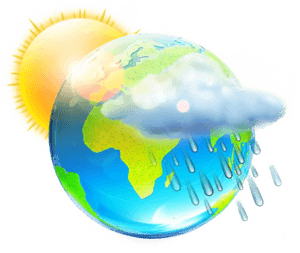 possible nesting and food sources before or together with using snap traps, instead of using rodenticides, which we have previously written causes all kinds of havoc on the environment and the killing of non-target species like cougars, hawks, eagles as well as pets who find these non-target animals or rats dead then eat them, and even children can get into the poisons.

In the Rats & Mice chapter in the 10th edition of the Mallis Handbook of Pest Control, that you authored, you wrote that an important goal of the chapter was to carry on Dr. William Jackson’s goal of having “environmental management serve as the cornerstone of sustainable urban rodent management efforts.” Can you give us an example of a situation PMPs commonly encounter where they could solve a rodent problem using “environmental management” instead of rodenticides or traps?

BC: If they are sincerely employing IPM, pest professionals should always ask prior to, or 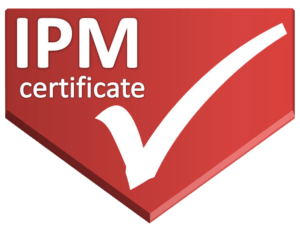 in tandem with, the use of any traps or baits: “What and where is the food of this rodent infestation?” Also, “How are the rodents causing the infestation getting into the building?” Environmental management by the PMP on a typical route could be two-fold: 1) providing a written recommendation to the customer to eliminate the causative food; and 2) to offer to rodent-proof the door or hole in which rodents are gaining entry into the customer’s building. Unfortunately, many of our customers do not want 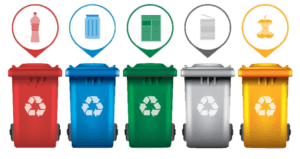 any additional work for themselves (i.e., cleaning their garbage area, fixing a door, plugging a hole, etc.) and many do not even want someone to verbally, or via a written note, suggest such work. Rather a large portion of the public that hires pest services believes there is a “quick fix” that saves them work, and sadly bypasses the smarter and more cost-effective environmental approach.

Don’t wait till they drop on your head and send you to the hospital with a coronary! 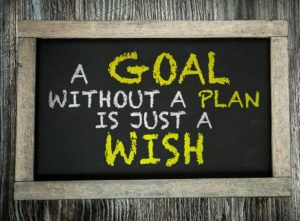 Look around your property and do preventative maintenance on and around your building today, make a plan (contact us if you need help being pointed in right direction to professionals to develop an Integrated Pest Management Plan), consider our traps as part of arsenal with your Integrated Pest Management plan. We encourage, welcome opportunity being instrumental in resolving rodent problems.

Check out our NYC 4-minute documentary style video on Rat Infestation, which 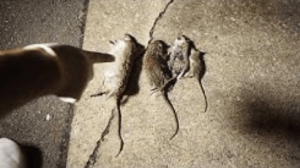 applies to majority of cities in North America.

Press on image to launch.