Get ready for spring! Mole Prevention Tips to start the season out right! 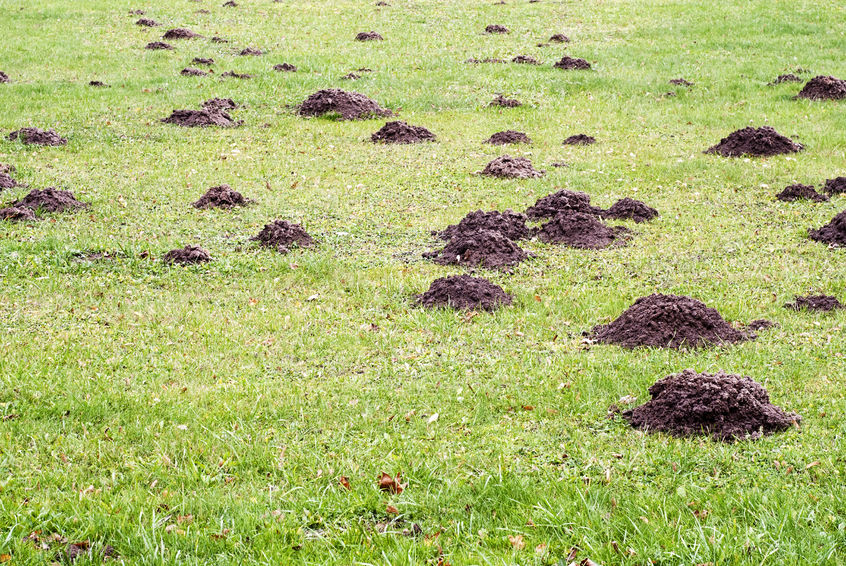 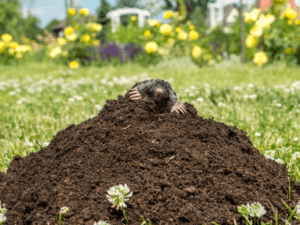 Spring….when a young man’s heart turns to love and the moles wake up after a long winter’s nap.   Moles are relatively harmless creatures, and a lot cuter than rats, but they can do a lot of damage to your lawn digging tunnels, killing grass, leaving streaks of yellow grass and leaving unsightly mounds behind.  They are also speedy workers, and can create 18 feet of surface tunnels in an hour.  There are some things you can do to prevent the damage that moles can cause, and we are here to help with our premium quality mole traps!  These handy tips, some of which are from Professional Wildlife Removal will help!  Start early, before the grass comes up, so you can see mole tunnels most easily.

Learn about the habits of moles, so you can plan and implement prevention strategies.

In a previous article, we talked about mole habits. One thing that is in your favor:  moles don’t have the numerous litters that rats do so they are easier to control. They gestate 30 days and have 1 to 2 litters a year.   They live on earthworms, and store earthworms in “mole refrigerators” for later consumption.  Contrary to public belief, moles are not blind.

If your yard is fenced, put gravel under the fence. Dig a pit around the fence or garden and fill it up with gravel. Although moles can dig very well, they cannot dig through gravel as it is too hard for their claws. The gravel filling should be at least one foot deep so the moles can’t get beneath it.

Remove food sources. That is one of the only reasons moles invade. If they can’t find food, then they won’t invade, and other pesty species will move out too.  To do this, it is necessary to eradicate insects and worms which are the mole’s favorite foods.   You can spread beneficial nematodes that have bacteria capable of killing worms without killing any other species that feed on the moles.   Avoid over-watering your yard and garden as well as this attracts insects and worms who in turn attract the moles.  Also keep the soil compact and tight by using a roller as it is harder for worms to burrow through.

Keep pets. Dogs and cats are natural predators of moles and will hunt them down and kill them. The mere presence of a dog or cat will be enough to discourage moles from moving in.  (Remember to clean up after your pets so you don’t attract rats and mice!)

Plant garlic. Moles don’t like the smell of garlic so plant away and create delicious Italian meals!

Use a shovel or a pitchfork to destroy mounds. They will be more prone to move on if their homes are continually destroyed.

Our scissor trap and mole loop trap are effective and humane solutions.

The scissor trap can be set in runs (tunnels) leading to and from the mole hill.

The loop trap works best in straight or traveling runs.  They are hidden underground and will be safe from children or pets, with a slight covering of dirt or herbage.  Also, once in the ground, they will be protected from farm or other kinds of vehicles.  Both traps are made from galvanized steel and will last you for years.

Gardenguides.com adds: “In an April 2006 Michigan State University Landscape Alert newsletter, crop and soil sciences expert Kevin Frank writes, “The only time tested effective method for controlling moles is a good trap.” Most experts seem to agree, but trapping moles takes practice. Normally, the hunter must get to know his intruder’s tunneling frequencies before understanding where to place the traps–the more, the better.”  Avoid setting traps in zig-zag tunnels. Moles repeatedly use straight tunnels along sidewalks or other natural edging.  They only use zig-zag tunnels to find food and most of the time will only use them once. 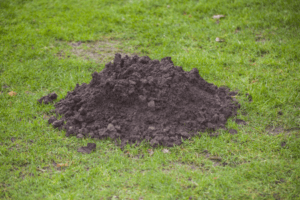 FYI: Forget the home remedies. Human hair, mothballs, exhaust fumes, and chemicals are not reliable means to rid your yard of moles. Add the simple set up Fenn Scissor and Mole traps to your arsenal.

6 thoughts on “Get ready for spring! Mole Prevention Tips to start the season out right!”